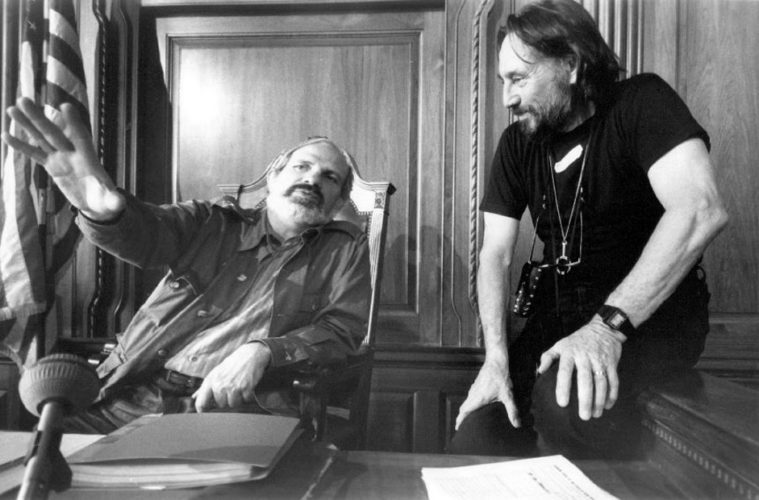 In accordance with our post celebrating the best of 2014’s cinematography, we’re giving you, beloved reader, two peeks into the mind of a cinematographer. One is far more verbose than the other, but a whole lot of words are what master classes are for — even when they’re dedicated to Vilmos Zsigmond, one of the more prolific men to ever step behind a camera. Although yours truly has never been a huge fan of his work, finding that distinctly hazy palette often detrimental to the films on which he’s worked — my favorite is Close Encounters, and that’s easily the sharpest-looking of what I’ve seen — the breadth of experience under his belt is staggering, and the insight this allows him to bring cannot be discounted. This is a good way to pass 70 minutes, don’t you think? [TIFF]

If you want something both one-tenth that length and a bit more formally ambitious, turn toward Vanitas, a 1995 student film from Hoyte van Hoytema. The future DP superstar — who’s since courted the fancy of Tomas Alfredson, Spike Jonze, Christopher Nolan, and Sam Mendes on Spectre — directed, shot, and starred in a short that, appropriately, sticks to images as a central building block, its aural landscape instead built on grunts, ambient sounds, and some fine string music. It’s far, far closer to the likes of Tarr (especially the more languorous passages of Sátántangó) than some mopey, mustache-donning man walking around a near-future L.A., and I wouldn’t have it any other way. [Eyes on Cinema, via Cinephilia & Beyond]