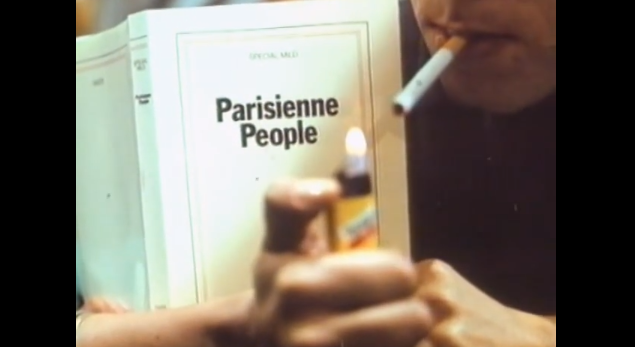 Sometimes, no matter how much attention is paid, your favorite directors will have projects that go unnoticed. The commonness of as much having been acknowledged, please forgive me for not knowing that some big, big names had contributed to an advertisement campaign devised by Swiss cigarette company F. J. Burrus in the early ’90s. (It is neither my time nor place, alas.)

Hoping to push some units of their disgusting, overpriced objects that will destroy your body at a young age, Parisienne hired a bevy of artistic voices whose work can only bolster your own quality of life: the Coen brothers, Jean-Luc Godard, David Lynch, Roman Polanski, and Emir Kusturica, all putting out less-than-one-minute pieces that encapsulate some of their most-admired traits. [Open Culture]

But aside from one serving as a single-shot companion to The Fearless Vampire Killers — or that those images of consumer products in Two or Three Things I Know About Her come to mind when viewing another — they’re fun little projects in their own right, perhaps bolstered for running an average of about 50 seconds. Even better? They shouldn’t give you any urge to smoke a cigarette.

Lynch (also embedded below is his 33-minute animated series, DumbLand, if other odds and ends are something you’re keen to see):

Did you enjoy these commercials? Can you see a trace of the directors within?