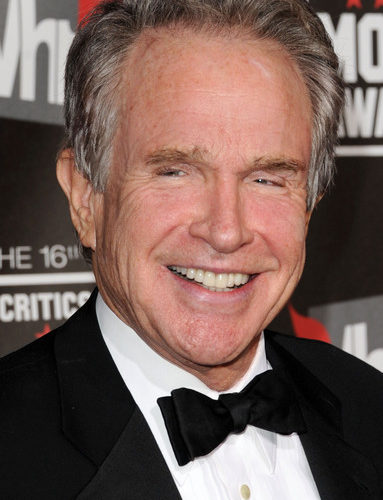 After going two years — or one, at the very most — without any new development, most would’ve assumed, fairly, that Warren Beatty‘s planned examination of a particular point in the life of Howard Hughes had simply faded into the ether. Surprising, then, when some news (that is thus long overdue) comes from ShowBiz411, the outlet reporting that “a production office is in full swing at New Regency” with the intent of making his biopic-of-sorts actually come to fruition — whatever the title might actually entail.

While reports from 2011 noted that Beatty was looking to focus on an affair formed between Hughes and a younger woman, it’s possible that a change has taken place since then: the same source claim he “may have abandoned the idea of using Hughes, and decided to create his own character rather than deal with Hughes’s biographical baggage” — but essentially nothing about the title is made clear amidst these new signs of life, save for the very signs we’re working from. For those with sufficient curiosity about this project’s future — and I’d consider myself one of them — this, after so much time, might amount to just enough.

In Variety, we’re told that Andrew Haigh — still riding from the critical success of Weekend and still in the early days on HBO’s Looking — has a new feature on the docket. Titled 45 Years, it, based on David Constantine‘s short story, is to feature Charlotte Rampling and Tom Courtenay as a married couple whose imminent 45th anniversary is put into jeopardy when the husband’s “first love has been discovered, frozen and preserved in the icy glaciers of the Swiss Alps,” so traumatic do these events prove. So, a change of narrative direction? When a specific focus (gay romance, natch) had been serving him so well, the willingness to head in a different direction right now is commendable all its own.

Film4, the BFI, The Bureau, and Creative England are backing the project.

Somewhat similar to the news concerning Beatty, word has it Lasse Hallström is being positioned for the director’s chair on a John D. Rockefeller biopic, Titan, scripted by Oscar-nominated Dallas Buyers Club scribe Craig Borten. A “sprawling” look at his time with Standard Oil and ensuing battles with governmental investigations, with a dose of his financial generosity included for good measure — the lattermost of which the screenwriter sees as being of some piece with his most recent title, as well as a complement to Hallström‘s “humanistic approach to characters.” I won’t say if this is proper material for an entire movie, and I won’t say I’m particularly indebted to this director’s involvement or “humanistic approach” — Salmon Fishing in the Yemen jokes were fun while they lasted, regardless — but, no matter what, it’s certainly better than another Nicholas Sparks adaptation.

Relativity are supporting the title alongside producers Robert Kravis and Matt Alvarez.

Do any of the projects at hand seem especially appealing?