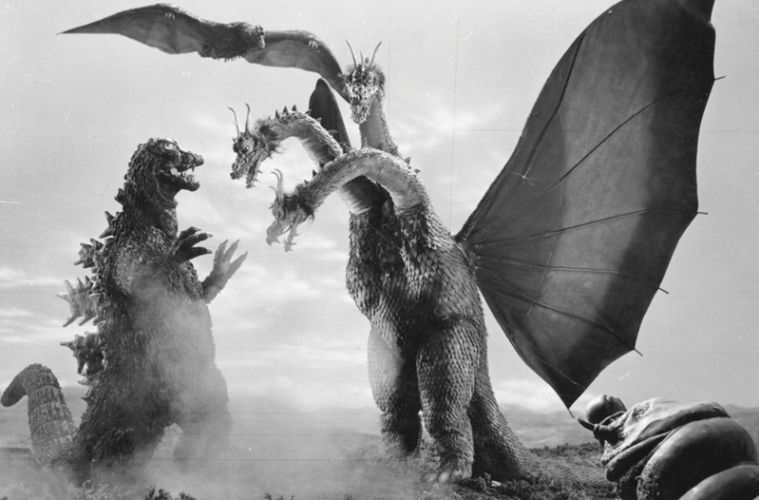 It was just a couple of days ago when, even nonchalantly, yours truly wondered aloud what ground Gareth Edwards could traverse with Godzilla. A semi-remake of the Japanese original, or even a new take on the American fashioning? Or, how about a take on classic Godzilla-faces-some-other-irradiated-monster formula? Just not a second attempt at the 1998 film, please.

Now it might be… a mix of those first two options. Either way, announced in a Warner Bros. “webinar” (and picked up by CHUD) is the following update: Godzilla has two additional, new monsters on its slate, and Edwards‘ film, a “way different” iteration than the classic Toho line, will follow a soldier of some kind. (My guess is that he’s an American transplanted to Japan. Bear in mind, this is a guess based on nothing.) The big bad lizard is almost guaranteed to battle these two himself — because, if for no other reason, we’re talking about a Godzilla movie right now — so start coming up with your own possible designs.

No further word on who plays the soldier, save for Joseph Gordon-Levitt being out of the race — which I think is going to have to be said about nearly every Hollywood tentpole casting over the next 18 months — and some other actors getting, potentially, a glance. I can’t think of a bad option among them (Henry Cavill, Scoot McNairy, or Caleb Landry Jones), but who cares about humans when we have three monsters? Other than a responsible screenwriter, that is.

Do your expectations for Godzilla now change, having learned this information?