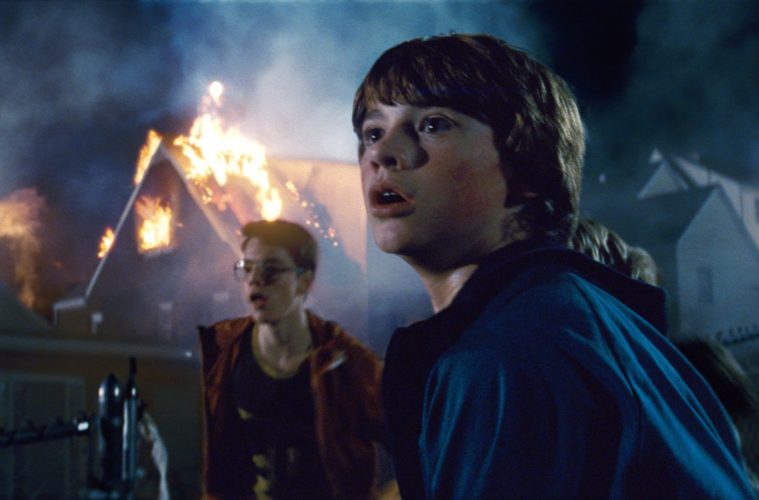 After being announced earlier this fall, casting is coming together for yet another horror film from Paranormal Activity producer Jason Blum. According to THR, Chandler Riggs, who lends his talents to AMC’s The Walking Dead, as well as Super 8 star Joel Courtney will be joining the adaptation of Stephen King‘s Mercy.

Peter Cornwell (The Haunting in Connecticut) will be directing the horror thriller, which centers on two brothers (Riggs and Courtney) “who go with their mother to take care of their grandma. Unbeknownst to them, the grandmother is a witch, who made an evil deal using black magic years earlier. Frances O’Connor has already signed on to play the boy’s mother.

The story is based on King‘s 1984 short story Gramma, which was a part of his Skeleton Crew collection and the feature script come from Matt Greenberg. The screenwriter is no stranger to the horror genre, as his past works include Halloween H20: 20 Years Later, another King adaptation (1408), as well as the upcoming Pet Sematary remake.

As for the newly added stars of the project, Riggs plays Carl Grimes on Dead, which has served as his break-out role at the young age of 13. Thanks to his acting debut in Super 8, Courtney has been able to book several other projects since them. The young star just wrapped the indie drama Tom Sawyer & Huckleberry Finn, where he plays former character.

Although I’m not a fan of a certain producer — ahem, McG — I can’t deny that they have a good story to source from, as well as two worthy young actors. And judging by Blum‘s past work, including Paranormal Activity, Sinister and Insidious, his name is synonymous with success in the genre.

What do you think of the new additions to the Mercy adaptation?