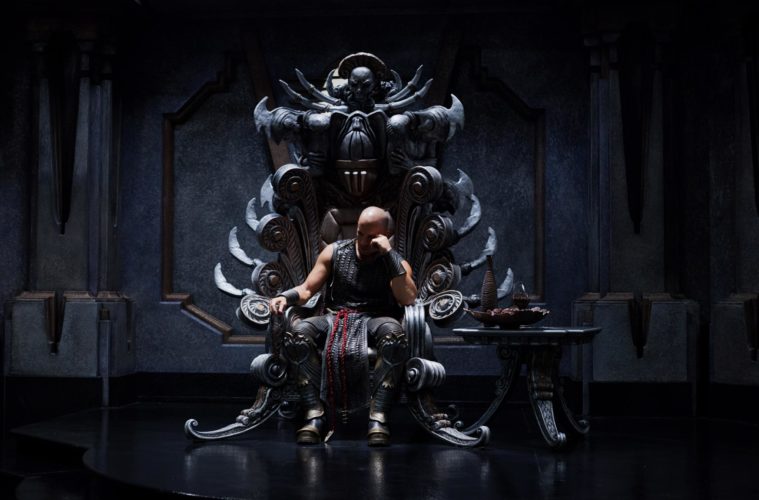 Despite his only notable films in the last decade being entries into the Fast and Furious series, Vin Diesel has amassed a following like few other celebrities. In celebration of crossing the 40,000,000 fan benchmark over on his Facebook page, the actor has released our first look at footage from his other major 2013 tentpole outside of Fast & Furious 6, Riddick.

David Twohy, who gave us the better-than-it-should-have-been thriller A Perfect Getaway returns after helming both Pitch Black and The Chronicles of Riddick. Full of flashy imagery, this look works well as a teaser and hopefully Twohy sticks closer to the first film, rather than the overblown follow-up. Check it out below for the film also starring Karl Urban, Jordi Molla, Matt Nable, Katee Sackhoff, Bokeem Woodbine, Dave Bautista, Conrad Pla, Raoul Trujillo, Nolan Funk and Keri Hilson.