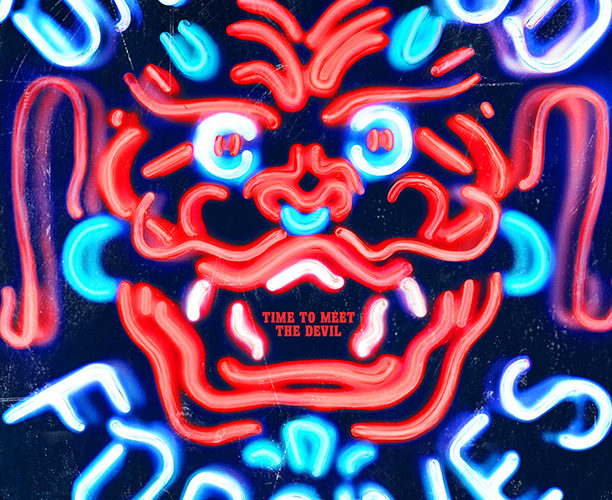 If debuting a new poster the day before the Cannes line-up wasn’t enough, we’ve got news that Nicolas Winding Refn will be returning to the festival this year with his second collaboration with Ryan Gosling, Only God Forgives. According to a source over on Hollywood Elsewhere, Refn’s film surrounding the Thai boxing underworld will play in competition at the festival, as expected.

The source also confirms Coens‘ folk music drama Inside Llewyn Davis will play in the same section, following official word that Sofia Coppola‘s The Bling Ring will open its Un Certain Regard slate. Following the red band teaser for Only God Forgives, one can see the vibrant teaser poster below (and a scary GIF version) coming from Radius-TWC, which confirms our exclusive news regarding a mid-summer release date. Only God Forgives premieres at Cannes, followed by a July 19th theatrical debut.