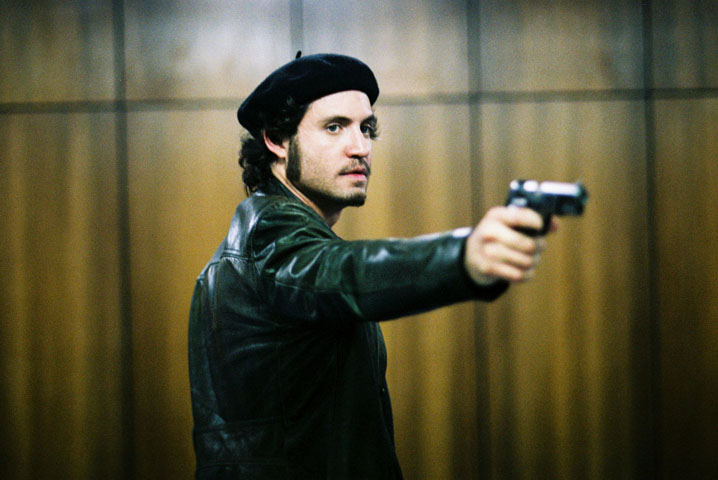 Could you sit through Steven Soderbergh‘s Che? What about the Red Riding Trilogy in one sitting? This year we have another cinematic endurance test. It comes in the form of a biopic on terrorist Ilich Ramirez Sanchez or better known as Carlos, played by Edgar Ramirez. It is directed by Oliver Assayas (Summer Hours) and will show at the New York Film Festival. We’ve seen it this week and you can check back for our full review. You can see the trailer below via Apple. On their site it lists a 140 min runtime, which can be presumed to be the theatrical cut.

Synopsis: From the acclaimed director of IRMA VEP and SUMMER HOURS, Olivier Assayas, comes an explosive new work of astonishing scope; an epic portrayal of the notorious revolutionary and terrorist, CARLOS(played by Edgar Ramirez in the breakthrough performance of the year). A sensational hit of the Cannes and Telluride Film Festivals, CARLOS is a exciting, sexy, globe-spanning ride through the life of one of the most enigmatic, violent and fascinating personas of the 20th century. Ilich Ramirez Sanchez, for two decades, was one of the most wanted terrorists on the planet. Between 1974 and 1994, he lived several lives under various pseudonyms, weaving his way through the complexities of international politics of the period. Known to the world as Carlos the Jackal, his resume of violent revolutionary acts led to notoriety of the most extreme kind. Will you check out Carlos or does the runtime put you off?