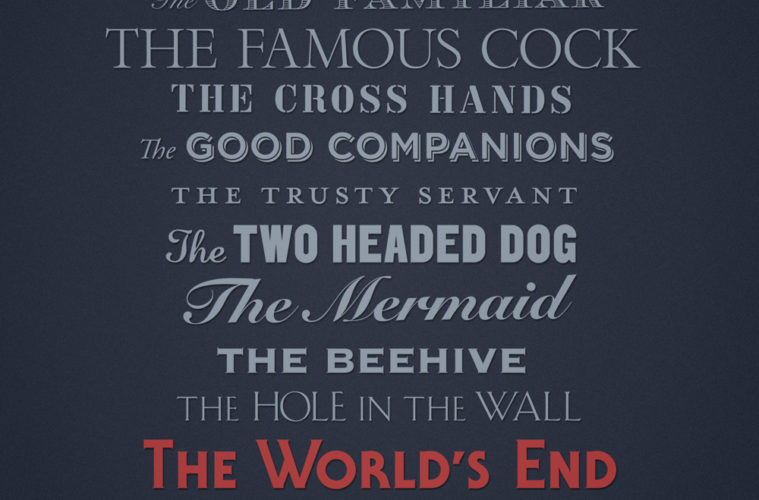 Few thought The World’s End wouldn’t go forward on time and with Simon Pegg & Nick Frost in tow, so let’s consider this the sweetest of confirmations. Deadline reports that Universal have officially greenlit Edgar Wright‘s “pub crawl epic,” the third installment of his Three Flavours Cornetto Trilogy — which is currently comprised of, bar none, the prior decade’s two best comedies — for an October production start; Focus Features will handle domestic distribution, while Universal is taking care of things on an international scale. So long as we, again, get to see the movie next year and in an uncompromised state, it could be released by Trimark Pictures for all I care.

Furthermore, both parties have released a simple, enticing, and excellent teaser poster that might, impossibly, make the 12-month wait even harder. You can view it below: 20 years after attempting an epic pub crawl, five childhood friends reunite when one of them becomes hell bent on trying the drinking marathon again. They are convinced to stage an encore by mate Gary King, a 40-year old man trapped at the cigarette end of his teens, who drags his reluctant pals to their home town and once again attempts to reach the fabled pub, The World’s End. As they attempt to reconcile the past and present, they realize the real struggle is for the future, not just theirs but humankind’s. Reaching The World’s End is the least of their worries.

Are you happy to see Wright and company get the go-ahead?