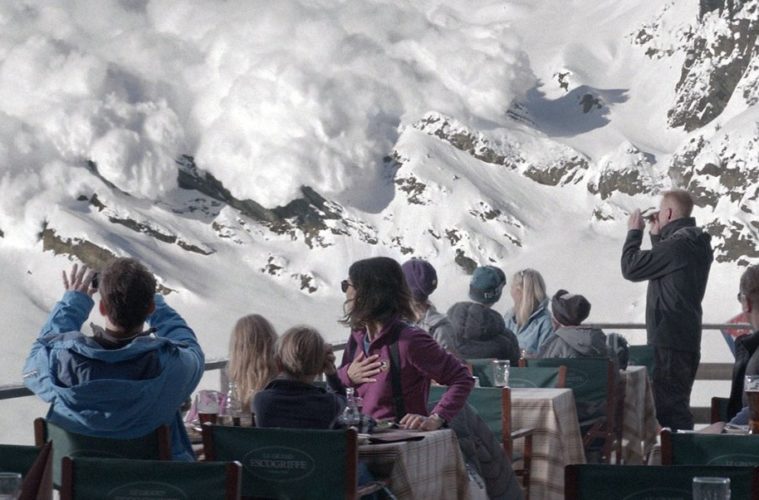 Force Majeure has amassed a fine bit of buzz after its showings at Cannes and Toronto — it won the Un Certain Regard award at the former; our enthusiastic review from the latter can be read here — so its October release rather suddenly feels like a mini-event. (Not a full-blown event, sure, but take it for what you will.) Its imminent arrival in mind, the U.S. trailer thus arrives with more force than a prior, festival-oriented counterpart, despite being buoyed by the same forceful components: unsettling imagery of an instigating avalanche, the roiling anger of a discordant familial set-up, and some biting classical cues.

Our review compared it to Red Desert, noting that “the drama never leaves Östlund’s grasp, and rightly there’s a completely even balance in runtime between Tomas and Ebba’s respective dilemmas, even to unsubtle degrees.” That, combined with this fine preview, has yours truly anticipating it all so very greatly. A critical favorite at this year’s Cannes Festival, where it took the Jury Prize in Un Certain Regard, this wickedly funny and precisely observed psychodrama tells the story of a model Swedish family—handsome businessman Tomas, his willowy wife Ebba and their two blond children—on a skiing holiday in the French Alps. The sun is shining and the slopes are spectacular but during a lunch at a mountainside restaurant an avalanche suddenly bears down on the happy diners. With people fleeing in all directions and his wife and children in state of panic, Tomas makes a decision that will shake his marriage to its core and leave him struggling to reclaim his role as family patriarch.

Are you intrigued by word on and previews for Östlund’s film?