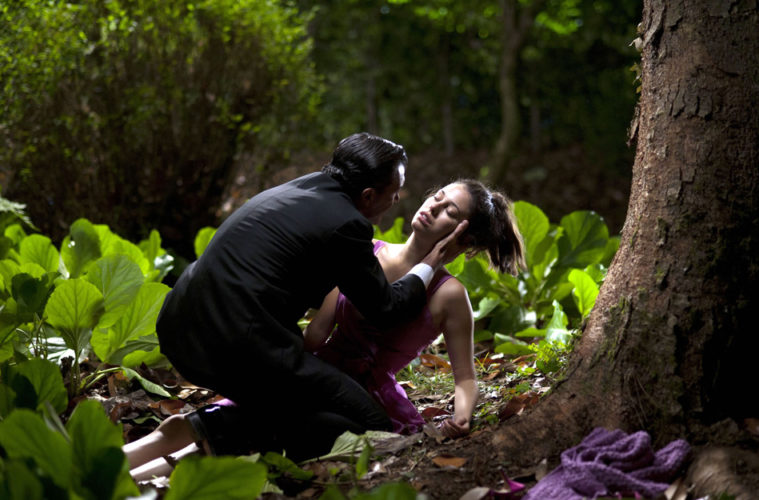 U.S. Trailer and Poster For Pedro Almodóvar’s ‘The Skin I Live In’ After a few months of international trailers, an official U.S. preview for The Skin I Live In has arrived from Yahoo! (via /Film). Written and directed by Pedro Almodóvar, the horror drama stars Antonio Banderas as a plastic surgeon who conducts experiments in an attempt to create a new kind of skin. Everything we’ve seen from it has creeped the hell out of me; from the music to the design to that woman in that mask — it’s all rather strange.

If you’ve seen any of the other previews, this one doesn’t deliver anything all that new, but I still find myself fascinated by it every time something new comes along. Sony Pictures Classics is in something of a good position here, since they don’t have to worry about marketing it to wide audiences; they can basically do whatever they want, as evidenced by this music-filled trailer. If you find yourself intrigued by what’s shown here, then this may just be for you.

Watch the trailer below, and then read our review from Cannes:

You can also see a new poster below, which also comes from Yahoo!: Plot: Ever since his wife was burned in a car crash, Dr. Robert Ledgard, an eminent plastic surgeon, has been interested in creating a new skin with which he could have saved her. After twelve years, he manages to cultivate a skin that is a real shield against every assault.

In addition to years of study and experimentation, Robert needed three more things: no scruples, an accomplice and a human guinea pig. Scruples were never a problem. Marilia, the woman who looked after him from the day he was born, is his most faithful accomplice. And as for the human guinea pig…