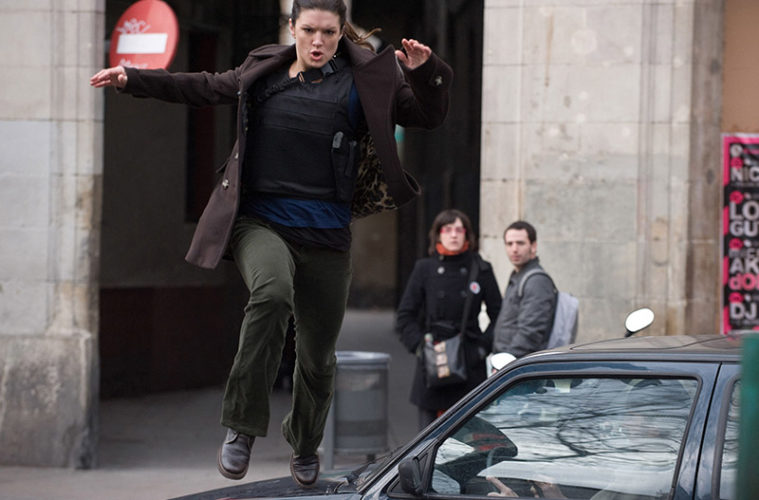 Contagion is still playing in many theaters across the country, but Steven Soderbergh, ever the busy filmmaker, has another movie hitting in a few months. You may have forgotten, but we’ll soon be seeing his first full-fledged action movie, Haywire. Led by MMA fighter Gina Carano (in her acting debut), the first preview showed off some fight and stunt work that’s more impressive than just about anything that played in multiplexes this summer.

A new trailer, coming from the U.K., is basically a condensed version of what was shown in July, give or take a couple of new moments here or there. I’m still impressed by the action’s brutality — it looks like people are really getting beat up — but the story might be a little too derivative for me to fully support this; hopefully there’s something else to be found. Still, count me as excited to see what Soderbergh will do with one of the few genres he hasn’t yet explored.

You can also see a new poster from UGO below: What do you think of this new trailer? Any excitement over seeing Soderbergh’s foray into action?