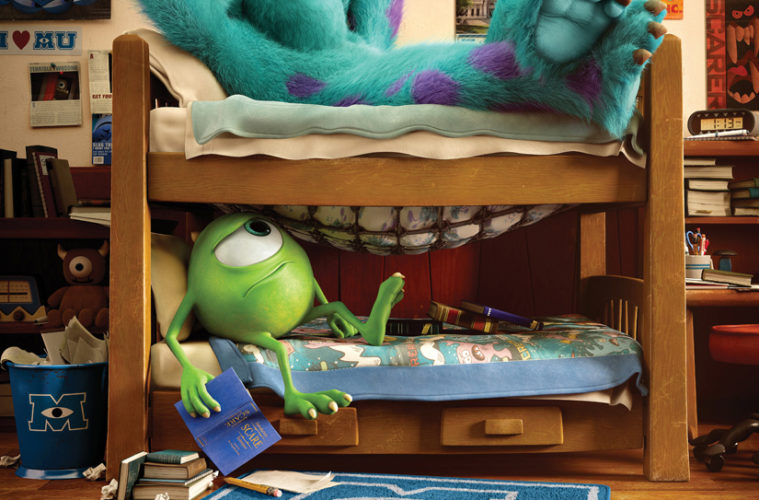 This morning we’ve got new posters for three very different features hitting theaters next year. First up we can see Mike and Sulley living a college life in two new one-sheets for Pixar’s upcoming prequel Monsters University. While one gives a hint at some of their curriculum, a second French one peeks inside their dorm life. While that one is clearly for families, we’ve got another poster from a film on the opposite side of the spectrum, Riddick 3. Featuring Vin Diesel front and center, the early look goes in line with what we’ve come to expect from the franchise. Lastly, we’ve got a one-sheet for Roman Coppola‘s indie dramedy A Glimpse Inside The Mind Of Charles Swan III, which actually adds in our characters unlike the first set of teasers. Check them all out below via Cinema Teaser, IMPAwards and Cineheroes. A Glimpse Inside The Mind Of Charles Swan III arrives in February, while Monsters University hits theaters in June and Riddick 3 sometime next year.