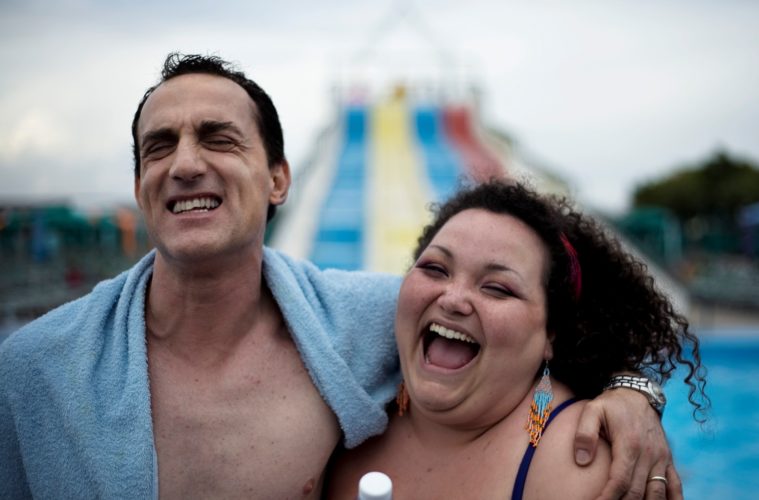 Holy Motors, Amour, Cosmopolis, Moonrise Kingdom, Killing Them Softly, Rust and Bone… The Paperboy. All competition titles from Cannes 2012, all eventual theatrical releases that left a mark on normal audiences over the span of, roughly, seven months. Many are still making waves with cinephiles and voting bodies alike, as a matter of fact.

Which doesn’t mean the holdovers are bad works or lesser efforts — arguably, just harder to locate a group for. So, I can fully promise that it is not with dulled attention that I gaze upon a poster for Matteo Garrone‘s Reality — for which we recently saw a nice trailer — and view a clip from Beyond the Hills, the next film from Cristian Mungiu, director of 2007’s bracing, wonderful (?) Palme d’Or winner 4 Months, 3 Weeks and 2 Days. These are new works from major voices in world cinema, for the love of Pete!

We have the former, first, this a piece which feels relatively attuned with the design of a De Sica or Visconit poster, that vibe only further emphasized by the Cinecittà sign. (As this deals with a very modern subject, reality television, I’m thinking it’s all part of some larger joke. It’s possible.) Nice work on Oscilloscope’s part, especially since this one isn’t even in dire need of an audience-grabbing poster in the first place.

Reality hits limited release on March 15th. Have a look below (via HitFix): Then there’s footage from what I expect to be a more polarizing picture. More like a trailer than actual clip — except, if this has a far, far more elliptical style than festival reviews, often complainers about Hills‘ too-slow pace, were completely off the mark in noticing — it gives us a glimpse inside some of the visual structure Mungiu is aiming for. Already am I reminded of 4 Months, and this is very promising indeed.

Beyond the Hills adds some glum to your local arthouse on March 8th. The clip can be seen below (via CriterionCast):

Is it nice to have this mid-May 2012 flashback of sorts?