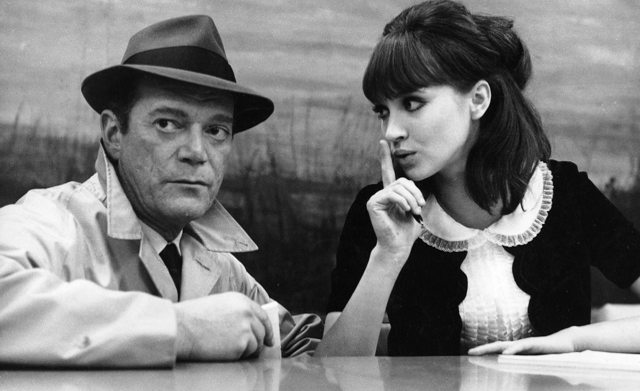 Trailers Sell Restorations for Godard’s ‘Alphaville,’ Welles’s ‘Othello,’ and ‘The Umbrellas of Cherbourg’ We implore you, reader, to take a break from minute-by-minute, up-to-the-point madness of news coverage and look back to three great films from three essential figures: Godard, Welles, and Demy. The first two’s Alphaville and Othello, respectively, have been restored by Carlotta Films and will soon play at New York City’s Film Forum — the former starting this Friday, the latter coming around on April 25 — while the lattermost is to (finally!) hit Blu-ray in an edition that’s supposedly worth the wait.

These previews will (naturally) fail to capture the extent of what’s been accomplished, but a few things are, for now, entirely essential: the Alphaville and Umbrellas previews already point toward an improvement on existing DVD iterations (Criterion’s out-of-print disc from the ’90s being one example), and, for years, Othello had only been available in an abominable version overseen by Welles‘s daughter, by some accounts rendering the film essentially unwatchable. (Indeed, I’m curious as to how existing elements have been utilized for something in line with the writer-director’s original vision.) Taken together, these salvations represent a bright day for both film restoration and film history — certainly something more noteworthy than just another casting announcement.

Have a look below at all three (via Yahoo!, Blu-ray.com, and Blu-ray.com), along with a pair of re-release posters: Which of these films are you most looking forward to seeing in their improved forms? Are you familiar with any of the titles?