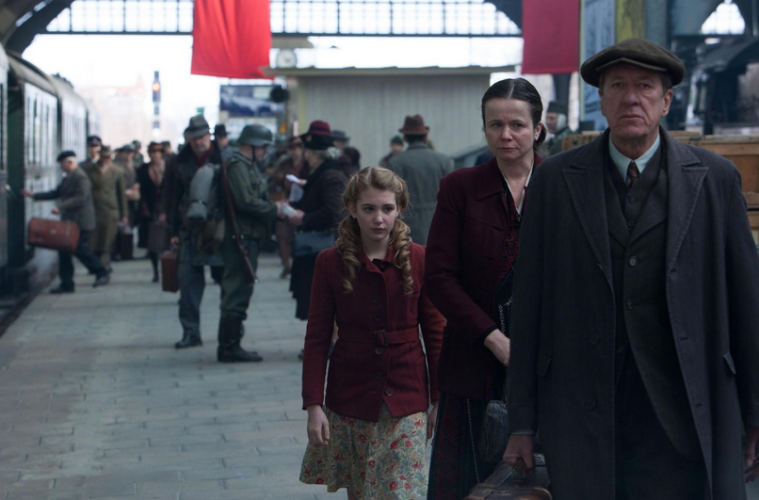 While a batch of the fall tentpoles are based off pre-existing franchises (The Hunger Games, Jack Ryan, The Hobbit, Thor), 20th Century Fox are hoping they can win over audiences with the WWII drama The Book Thief. Directed by Brian Percival (frequent Downton Abbey helmer), the first trailer has now landed today.

Based on Markus Zusak‘s hit book, this one heavily sways towards the heartwarming, family side, as we follow a young girl who finds solace in Nazi Germany by stealing and sharing books with others. We could certainly do without the overbearing voice-over, but if it finds the right tonal balance, it could be a sleeper hit this fall. One can check out the trailer below for the film starring Geoffrey Rush, Emily Watson and Sophie Nélisse.