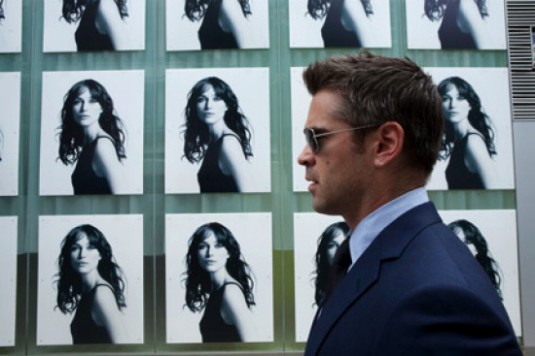 I’ve been wondering where writer William Monahan‘s directorial debut London Boulevard was. Filmed last year, there was little noise in 2010 for this gangster comedy. Now, set for a release next month in UK, we have our first trailer. This seems to be more of The Departed territory for the writer, now director. He has also written Kingdom of Heaven, Edge of Darkness and Body of Lies, but the playful tone rings more familiar to another Colin Farrell pic, In Bruges.

Based on Ken Bruen‘s novel, the film also Keira Knightley, (the obligatory) Ray Winstone, Eddie Marsan, Anna Friel, David Thewlis and Stephen Graham. I’m also excited about the score from the Kasabian guitarist Sergio Pizzorno. Check out the trailer below.

Synopsis: The story of a man newly released from prison (Farrell) who falls in love with a reclusive young movie star (Knightley) and finds himself in a duel with a vicious gangster.

London Boulevard hits theaters November 26th in the UK and the comes over to the US this February.

what do you think of the trailer? Does William Monahan have a future as a director?