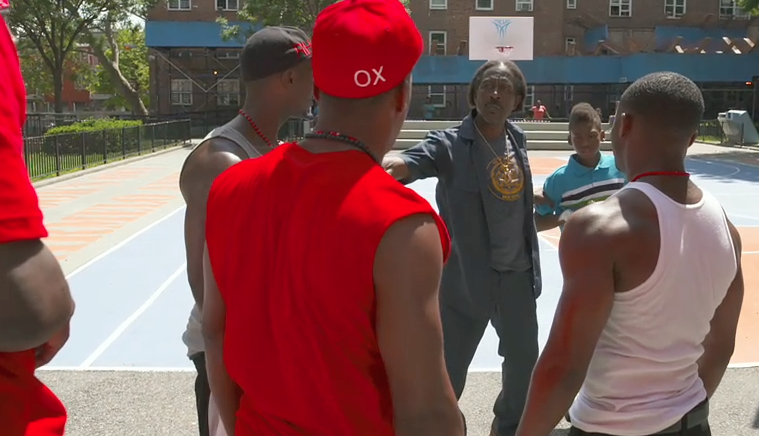 It’s been years since the huge flop of Miracle at St. Anna — and those subsequent years were only occupied by various documentary work — but, now, Spike Lee is truly back. Red Hook Summer is the quasi-follow-up to his 1989 classic, Do the Right Thing, telling a story about adolescence, religious power, and the dangers of certain authorities. It’s been getting mixed notices since its Sundance premiere (we liked it), but I’m already there.

The first trailer is a little spotty — like what many say about the actual film, it’s a bit scattered, somewhat misshaped, and looks oddly cheap — though the second half has the kind of raw passion we’ve come to expect from Lee; spread over some 135 minutes, I get the sense Red Hook Summer could really pack a punch. Fingers crossed some of his recent retooling brings the project full circle. “The latest in Spike Lee’s Chronicles of Brooklyn anthology–which also includes “She’s Gotta Have It” (1986), “Do The Right Thing” (1989), “Crooklyn” (1994), “Clockers” (1995), and “He Got Game” (1998)–RED HOOK SUMMER tells the story of Flik Royale (Jules Brown), a sullen young boy from middle-class Atlanta who has come to spend the summer with his deeply religious grandfather, Bishop Enoch Rouse (Clarke Peters), in the housing projects of Red Hook. Having never met before, things quickly get off on the wrong foot as Bishop Enoch relentlessly attempts to convert Flik into a follower of Jesus Christ. Between his grandfather’s constant preaching and the culture shock of inner-city life, Flik’s summer appears to be a total disaster–until he meets Chazz Morningstar (Toni Lysaith), a pretty girl his age, who shows Flik the brighter side of Brooklyn. Through her love and the love of his grandfather, Flik begins to realize that the world is a lot bigger, and perhaps a lot better, than he’d ever imagined.”

Does Red Hook Summer make a good impression with this first trailer?