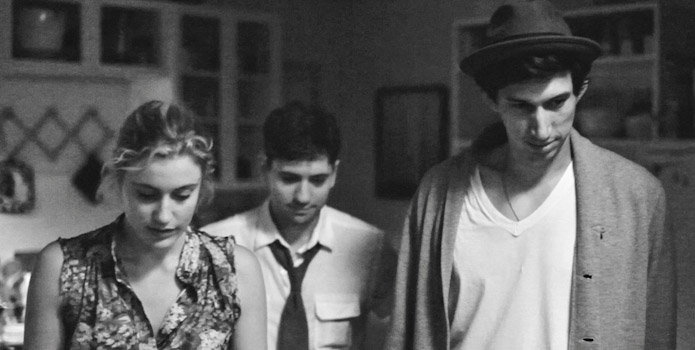 Once a surprise project, now the festival hit slowly marching its way toward theatrical exhibition, Noah Baumbach‘s Frances Ha has debuted a trailer that, suddenly, makes months of hype the tiniest bit more clear. As a piece featuring Greta Gerwig, the city of New York, and grainy black-and-white cinematography — along with David Bowie‘s “Modern Love,” the juxtaposition of which with scenes of running down a city street make for a bizarre, surely intentional homage to Mauvais Sang — it combines those ingredients to make way for one of 2013’s best trailers thus far.

Thankfully, not much specific about the Baumbach–Gerwig screenplay is spilled here; there are a couple of nice lines, sure, but everything pertaining to plot (such as it may be in this case) and scene-by-scene amusements are, at the most, only glimpsed. (Girls‘ Adam Driver being one of said amusements, as it goes without saying.) Frances (Greta Gerwig) lives in New York, but she doesn’t really have an apartment. Frances is an apprentice for a dance company, but she’s not really a dancer. Frances has a best friend named Sophie, but they aren’t really speaking anymore. Frances throws herself headlong into her dreams, even as their possible reality dwindles. Frances wants so much more than she has, but lives her life with unaccountable joy and lightness. FRANCES HA is a modern comic fable in which Noah Baumbach explores New York, friendship, class, ambition, failure, and redemption.

Frances Ha will open in limited release on May 17th.

In getting your first big look at Baumbach’s film, have you been enticed?