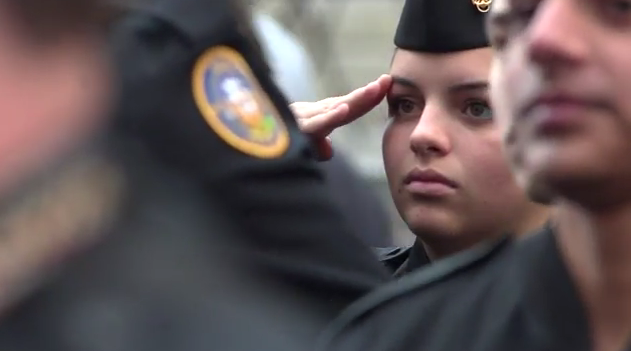 As per usual, the slate of competing documentaries for the upcoming Sundance is one to behold. And, while the main joy of the Park City festival seems to be a discovery of great films from unknown names, one that stands out is The Invisible War, a new work from This Film is Not Yet Rated documentarian Kirby Dick.

The description, though brief, let’s you know that this is far more serious material than his jab at the MPAA: “An investigative and powerfully emotional examination of the epidemic of rape of soldiers within the U.S. military, the institutions that cover up its existence and the profound personal and social consequences that arise from it.”

Our first look at the film (via BleedingCool) lives up to that summary; simply put, this looks to be a tough watch, shown by the trailer’s laying on of the cold facts. But that’s also crucial, because the material and subject Kirby‘s dealing with is important in and of itself. Anything less than forthright would render the entire effort meaningless. Although I might be a little pessimistic about a movie’s chance of making real social change, the proper amount of payed attention could have an effect similar to the one Brian De Palma failed to create with Redacted; I just hope this is a little more consistent.

Does the trailer give the impression of a hard-hitting exposé? Have you been a fan of Dick’s past work?