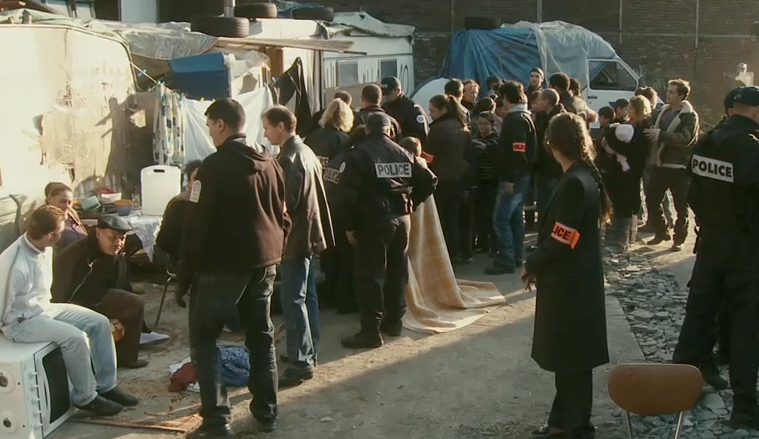 All our Cannes talk will, rightfully, veer toward this year’s fantastic lineup, but let’s look back to May of 2011 for a moment. When last year’s festival was just starting to kick off, we gave Polisse some high remarks and deemed it “an authentic and deeply moving portrait of an extremely tough subject matter handled with care.” (Those running the show later handed it their Jury Prize.) The subject matter pertains to France’s Child Protection Force, who must deal with some of society’s lowest points and the inevitable effects this creates.

Maïwenn helmed and starred in the film, which has now received its first trailer from Apple. Going off the footage cut together here, the praise for Polisse basically makes sense — we’ve got some powerful moments, a little bit humanism, and all of that looks well-composed, too. Here’s hoping there wasn’t something in the water at those screenings. Winner of the Jury Prize at the 2011 Cannes Film Festival and nominated for 13 Cesar Awards, POLISSE follows the daily lives of a tight-knit team of men and women working in the Child Protection Unit of the Parisian police. Basing her richly textured script on real child investigation cases, writer-director-actor Maïwenn has gathered an accomplished ensemble cast of French actors who convey the emotional strain of the unit’s work with gritty realism. They not only deal with the stress of their jobs but the inevitable fall-out in their personal lives – breakdowns, divorce and adulterous relations within the force. In between, there are frequent flashes of humor as the team attempts to diffuse daily realities. As the cases,confessions and interrogations pile up, the squad members have only each other as support as they face an uphill battle against both criminals and bureaucracy.

Polisse will see a limited release on May 18th after showing at Tribeca Film Festival.

Have you been keeping track of the film? What do you think of this trailer?