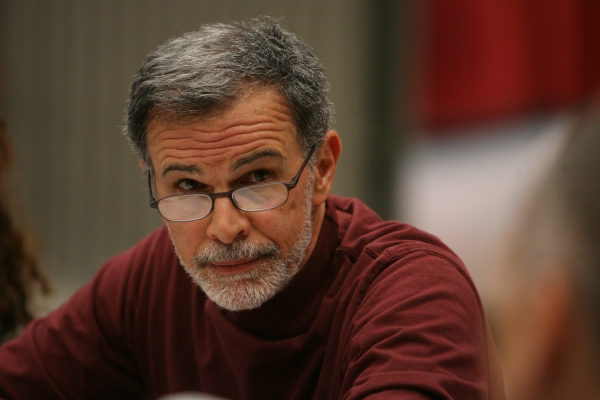 Production on Pain and Gain should get underway just about any day now, so I’ll bet this casting from Variety is one of the last Michael Bay‘s movie ever gets. (Unless he decides to take a dive in that modeling pool.) With this late-in-the-game addition, we’re hearing that Tony Plana (Ugly Betty, Lone Star) is coming aboard in the role of “Capt. Al Lopez of the Miami Police Dept., who begins to look into the kidnapping of Marc Schiller (Tony Shalhoub) at the urging of his old friend, private detective Ed Du Bois (Ed Harris).” It’s safe to assume you already know this, but — for the sake of consistency — the kidnappers in question are played by Dwayne Johnson, Mark Wahlberg, and Anthony Mackie.

Also coming from Variety is the news that Soul Man himself, C. Thomas Howell, will follow The Amazing Spider-Man with an indie crime story titled Magic Hour — a development that’s happening now, in spite of shooting ending this very month. Cole Mueller has helmed the film, which follows “a young man who falls in with the local crime family in Venice Beach in the early ’90s.” Trevor Morgan, William Russ, Kris Lemche, Josh Emerson, Courtney Daniels, Kevin McNamara, and Mark Alan also star.

Lastly, ThePlaylist did some digging and learned of three additions to Michael Winterbottom‘s currently-shooting, Steve Coogan-starring Paul Raymond biopic, King of Soho. First up, Chris Addison (In the Loop) announced over Twitter that he’ll be playing Raymond’s “porn editor”; then, Irish comedian Dara O’Briain also took to Twitter, saying he cameos as a comedian; the third and final of this bunch is Sarah Solemani, who, also through Twitter, revealed her involvement. With that, they’ll not only be able to count themselves as Winterbottom alums, but also as co-stars to Anna Friel, Imogen Poots, and Tamsin Egerton. Not so bad, really.

Are you familiar with or fond of these actors? What are your thoughts on the films they’ve joined?