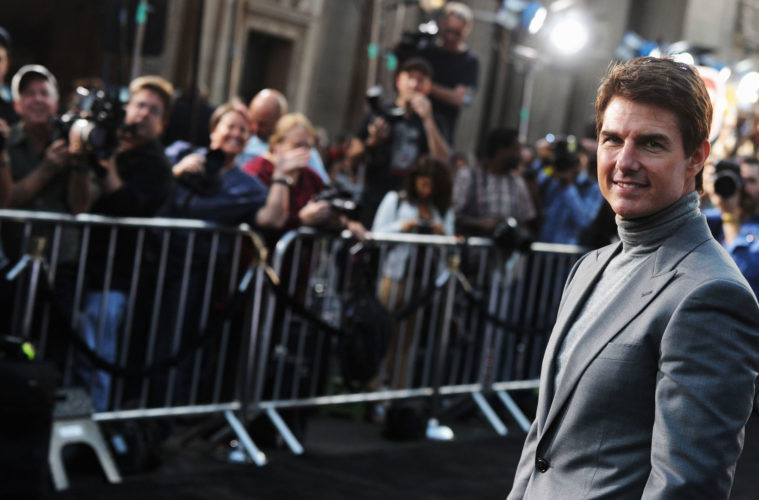 Very few Tom Cruise movies have been set in the “real world,” thanks to the insane spywork contained within a Mission Impossible movie, the dream-like nature of Eyes Wide Shut, or even a heightened reality of something such as Top Gun. But it’s as of late that the actor’s been abandoning all straight-faced material in favor of science fiction, a realm which, before this week’s Oblivion, he’d only tackled directly with Steven Spielberg‘s Minority Report and War of the Worlds; as if two of the man’s upcoming projects — All You Need Is Kill and Our Name Is Adam — falling directly into that slot weren’t enough of a sign regarding changing interests, a new endeavor all but confirms the shift.

Called Yukikaze, it’s — given the title, somewhat unsurprisingly — based on a popular series of Japanese novels which, as penned by Chohel Kamayashi, could bring Cruise back to Top Gun territory. Set in a future which had seen aliens attack Earth some 30 years prior — not unlike Oblivion, in that way — the narrative has a more specific focus on fighter pilots combating the alien forces (known as JAM) in their own territory. (This fictional realm is called Fairy in Yukikaze‘s source material, but I suspect this will change by the time we get a cinematic version.) Cruise is expected to star as leader of the heroic pack, in this story’s least-surprising bit of news.

Warner Bros. have been announced to distribute with 3 Arts (behind All You Need Is Kill) and Viz Media producing, but don’t take it as a sign that Yukikaze is coming soon: no writer, director, or additional cast member have been so much as mentioned, and Cruise is probably too busy to let this one simply take off. Along with those two projects mentioned in the first paragraph, he’s also expected to commit to a Jack Reacher sequel, a fifth Mission: Impossible, some kind of Van Helsing reboot, Guy Ritchie‘s The Man from U.N.C.L.E., and any possible non-franchise things that could crop up in a few months. More of the lattermost would be preferable, in fact; he’s a great screen presence who can still do “his thing” rather well, so why not another Magnolia or, even, Collateral? We can hope Yukikaze turns out fun, but a sign of things to come is something that might not be hoped for.

Does Yukikaze sound like a good way for Cruise to expend time and effort, even in relation to what’s currently on his plate?