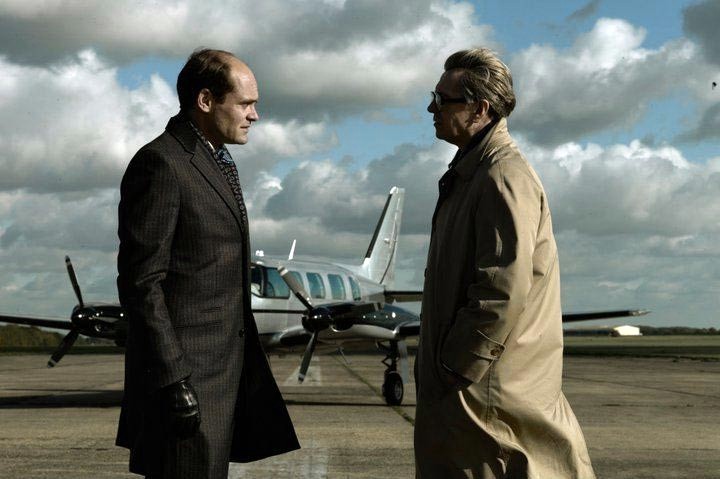 ‘Tinker, Tailor, Soldier, Spy’ Gets Pushed Back To December; Listen To A Portion of The Score Briefly mentioned by Deadline — and confirmed by InContention — is the slightly disappointing news that Tinker, Tailor, Soldier, Spy will be pushed back three weeks from its original release date of November 18th to December 9th. This is apparently being done to increase its Oscar chances, since December is right in the middle of the race.

All three trailers for this movie thus far has been rather phenomenal, and we’re greatly anticipating what director Tomas Alfredson has done with John le Carré‘s novel; an early reaction by the author himself calls it “a triumph.” With a cast that includes Gary Oldman, Tom Hardy, Colin Firth, Mark Strong, Benedict Cumberbatch, Toby Jones, John Hurt, David Dencik, Svetlana Khodchenkova, Stephen Graham, Kathy Burke, and Ciarán Hinds, can you blame us for having high expectations?

This new date means that it’ll be going up against The Sitter and New Year’s Eve in a wide release. Both arguably have more commercial appeal, but the reason for moving it back is for better chances at awards, so Focus Features may not be too concerned about box office gross. The limited releases it’s going up against are Madonna‘s W.E. and Jason Reitman‘s Young Adult — those are also awards players, so the question of how much it will make doesn’t seem to be on the studio’s mind.

I can honestly wait three weeks for this; even though I’m really looking forward to it, the Thanksgiving season should provide some other projects to keep us viewers interested, such as Hugo. If the extension really bothers you that much, however, you can get another small preview of the final film, as a preview of the music has gone up at the website for the original soundtrack by Alberto Iglesias. This has a very strong ’60s spy movie feel to it, if that makes any sense. Specifically, the way certain instruments compliment one another almost reminds me of an episode of Danger Man. I consider that to be a very good thing.

If you’re lucky enough to be at this year’s Venice Film Festival, you can see Tinker, Tailor when it premieres there in a few weeks.

Are you excited for Tinker, Tailor? Does this move back leave you disappointed?