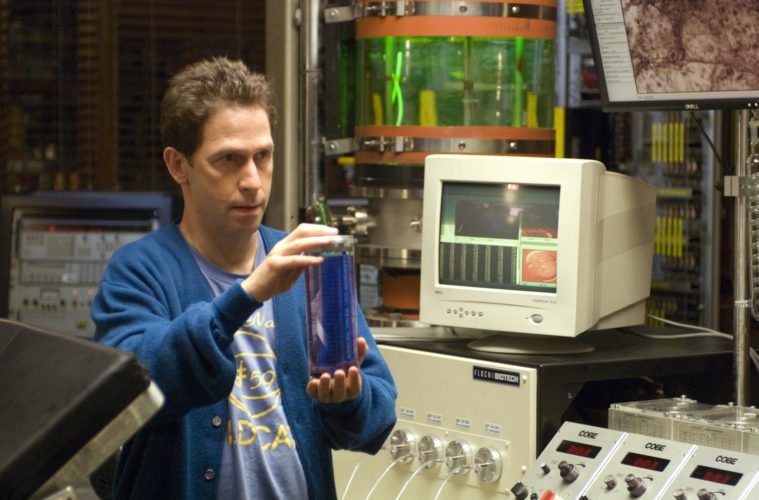 As far as “character actors” and the rules of that classification go, Tim Blake Nelson is, often and rightfully, counted among the finest. While his biggest part is a great one in its own right (O Brother, Where Art Thou), over the years there have been memorably turns in Syriana, The Thin Red Line, Minority Report, and even a walk-on part in The Incredible Hulk. (That we’ll never see the villainous character which had been in store is a total shame.) Now, when he finds a part, yours truly is always given some further investment in the project at hand.

Now that his name’s attached, THR have learned of two that are starting to gain traction. The first and most notable is Bukowski, yet another one of James Franco‘s directing projects marked by its literary roots — in this instance, author Charles Bukowski, the abusive father of whom Nelson will be appearing as. The problem, here, is that the multi-hyphenate does (or tries to do) so much behind the camera that announcing another stab, frankly, doesn’t count for much. I mean, where the heck is Blood Meridian, or that As I Lay Dying adaptation which, according to some outlets, could be in the middle of shooting? Still, it’s altogether nice to hear, don’t look a gift horse in the mouth, etc.

Also on his plate is another actor-turned-director picture, this being Tommy Lee Jones‘ The Homesman. It was announced in early May, at that time described as the story of “a pioneer woman and a claim-jumping rascal of a man (Jones) who usher three insane women on an odyssey from Nebraska to Iowa.” Meryl Streep and Hilary Swank are included in the supporting cast — I’m guessing the former is that pioneer woman, the latter a member of the trio — which Nelson joins by playing “a man who covets one of the three women and tries to steal her.” Shooting begins this spring.

Believe it or not, there are actually some other actors who’ve signed for parts in recent days. Reported by Variety is the news that Lucas Till (Stoker, X-Men: First Class) will co-star in The Curse of Downers Grove, which Derick Martini, director of the much-reviled Hick, is staking out as his third feature. An adaptation of the Michael Hornburg novel — and co-written with one of our least-talented provocateurs, Bret Easton Ellis — its story revolves around Chrisse Swanson, a high school senior whose impending graduation is overshadowed by “an apparent curse that takes the life of one student every year at the school.”

Playing her is Bella Heathcote (Not Fade Away), while co-starring are Aimee Teegarden (Scream 4, Friday Night Lights) and Kevin Zegers (The Mortal Instruments), lending a bit of supporting work of his own. Production will get underway sometime during February.

Is Nelson acquiring these two parts a nice announcement? What do you think of Martini going out again, even after Hick?