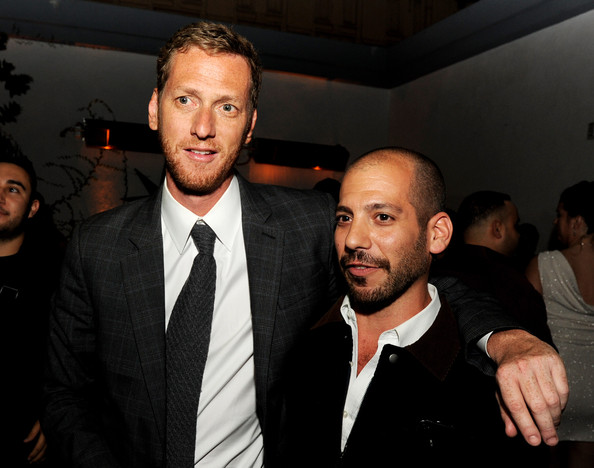 ‘The Words’ Directors Brian Klugman & Lee Sternthal Will ‘Break My Heart 1,000 Times’ In Supernatural YA Film 24 hours after Warner Bros. set their eyes on a young adult adventure woopty-doo, THR tell us writers-directors Brian Klugman and Lee Sternthal — a duo releasing The Words this weekend — will be working with Gold Circle on Break My Heart 1,000 Times. Before you ask: No, they didn’t take the story from someone else.

The (as always) yet-to-be-published book, written by Daniel Waters — and, somehow, already turned into a feature screenplay by Jason Fuchs (Ice Age: Continental Drift) — goes, in Amazon‘s words, as follows:

“Living in the aftermath of the Event means that seeing the dead is now a part of life, but Veronica wishes that the ghosts would just move on. Instead, the ghosts aren’t disappearing—they’re gaining power.

When Veronica and her friend, Kirk, decide to investigate why, they stumble upon a more sinister plot than they ever could have imagined. One of Veronica’s high school teachers is crippled by the fact that his dead daughter has never returned as a ghost, and he’s haunted by the possibility that she’s waiting to reappear within a fresh body. Veronica seems like the perfect host. And even if he’s wrong, what’s the harm in creating one more ghost?”

A few very specific questions all notwithstanding, Break My Heart has a story I can, at the very least, claim to have never before encountered in a film up to now, and it’s a fact which already gives this some sort of advantage above its tween-oriented brethren. Klugman and Sternthal are not a pair I would’ve even pictured for the job, admittedly, but if they’ve got some sort of vision that gets the right people excited, onward and upward with the thing.

Let’s hope the film is good enough to earn another quote of ours.

Do these two appear to be a right fit for this property, despite how little we currently know?