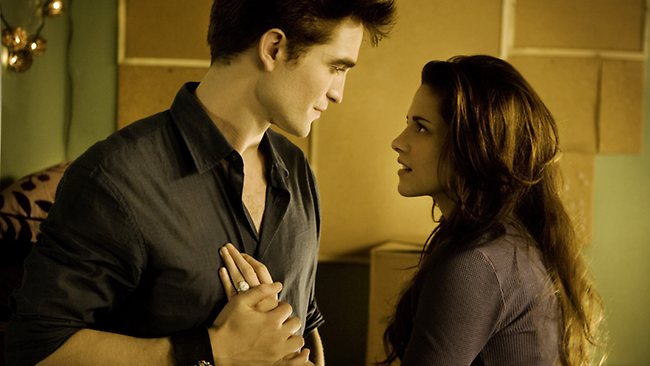 I’ve seen — if you count this newest footage — about five and a half minutes of the entire Twilight “saga,” and this isn’t something I plan to change. Not that there’s much animosity on my part toward this franchise; there’s simply no interest on my part.

The trailer for The Twilight Saga: Breaking Dawn – Part 1 does just about nothing to change this, thanks to some poor dialogue, stiff acting, and cheap production values, which is basically what this series is known for by now. The only thing I got any kind of enjoyment out of was the sight of Edward breaking the headboard while he and Bella are engaged in coitus — that was a giggle, though, and I’m not sure if that was the intended reaction. But these things don’t matter; everyone knows that the movie will make quite a bit of money. Good for it, I guess.

Watch the trailer below, thanks to Yahoo!: Synopsis: Bella and Edward, plus those they love, must deal with the chain of consequences brought on by a marriage, honeymoon, and the tumultuous birth of a child… which brings an unforeseen and shocking development for Jacob Black.

Are you a Twilight fan? If so, you’ll probably see this movie, so I’ll just ask: Does it look like a good start to this series’ conclusion?