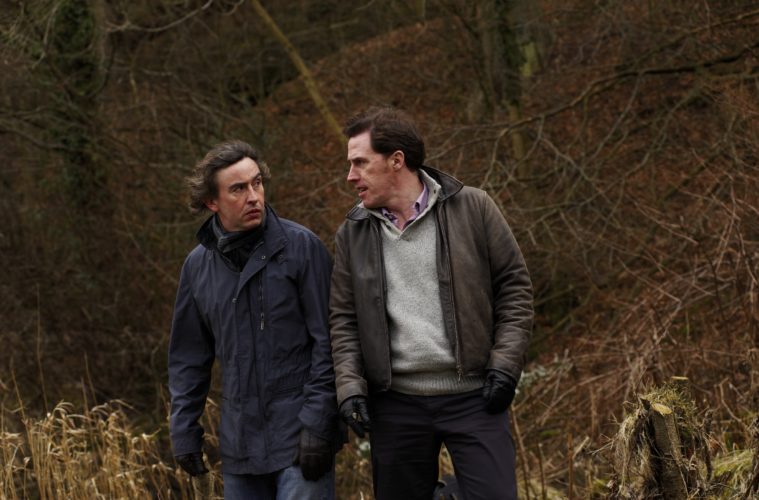 When it opened in a limited release last month, The Trip caught the attention of critics, thanks to the comedic chemistry of leads Steve Coogan and Rob Brydon, in addition to Michael Winterbottom‘s skill for capturing the countryside of northern England.

It’s entirely likely that this reaction is partially responsible for the announcement that the movie will be getting a sequel, with the original lineup returning. While recently speaking at the Latitude Festival in England, the stars and producer Andrew Eaton confirmed that a second series of the show is currently being planned. (The movie is actually an edited version of a six-hour series that aired on the BBC last year.) The only detail that got out on the project is that it would have the two comedians going to Italy on a similar “culinary tour,” and that Winterbottom would be returning.

At the same time, you should remember that his schedule is busy; there’s the comedy Bailout, starring Jack Black, as well as another collaboration with Coogan, Paul Raymond’s Wonderful World of Erotica. He tends to work pretty fast, so even though we may not have to wait a great amount of time for it, one shouldn’t expect the show to be out this time next year. And then there’s the process of editing it down to a movie once again, which I imagine they’ll do, considering the success that the first has seen — that should definitely add on some time before the film gets released.

Even though I didn’t find myself head over heels for The Trip — you can read my positive but not too positive review from Tribeca here — I wouldn’t mind seeing this team do something similar again. The experience of watching it the first time around was perfectly enjoyable, and the idea of seeing the two riff on each other once more is something that I like. If they can just get a more compelling screenplay in the works, then we might have something truly impressive coming our way.

Did you see The Trip, and if so, were you a fan? How do you feel about a sequel moving forward?