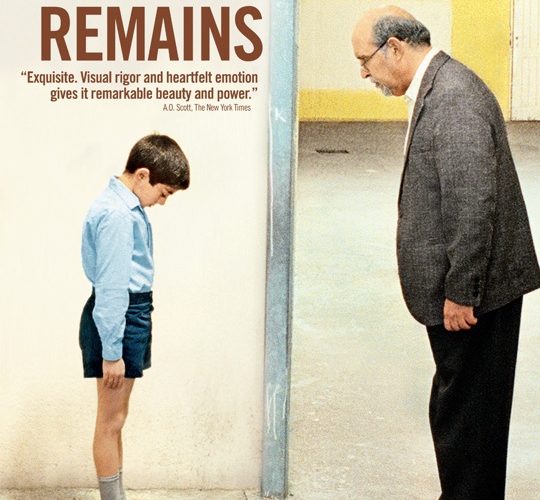 ‘The Time That Remains’ Trailer Over at Apple we’ve just received a trailer for the Belgian/French/Italian film The Time That Remains. Written and directed by Elia Suleiman, it premiered at Cannes in 2009. Taking what’s said to be a somewhat more comedic than usual look at the conflict between Israel and Palestine, it looks pretty different than anything that’s come out recently, and the trailer definitely piqued my interest on the film.

Personally I think this looks pretty fantastic, and reviews for it have seemed to confirm that it delivers on the promise shown here. The combination of humor, politics and action on display strongly reminds me of something like Lord of War, a movie that I admire greatly, so that’s a similarity that has me even more excited. Hopefully this around my will play in my area at some point and I won’t have to wait until home video to check it out. You can watch it embedded below or in HD at the Apple link above.

Plot: THE TIME THAT REMAINS is a humorous, heartbreaking film composed of elegantly stylized autobiographical episodes from the life of writer/director Elia Suleiman. The film explores life among the Israeli Arab community, and is shot largely in homes and places in which Suleiman‘s family once lived. Inspired by his father’s diaries, letters his mother sent to family members who had fled the Israeli occupation, and the director’s own recollections, the film spans from 1948 until the present, recounting the saga of the filmmaker’s family in subtly hilarious vignettes. Inserting himself as a silent observer reminiscent of Buster Keaton, Suleiman trains a keen eye on the absurdities of life in Nazareth. The Time That Remains opens in limited release on January 7th.

What do you think of this trailer? Does it make you interested in the film?