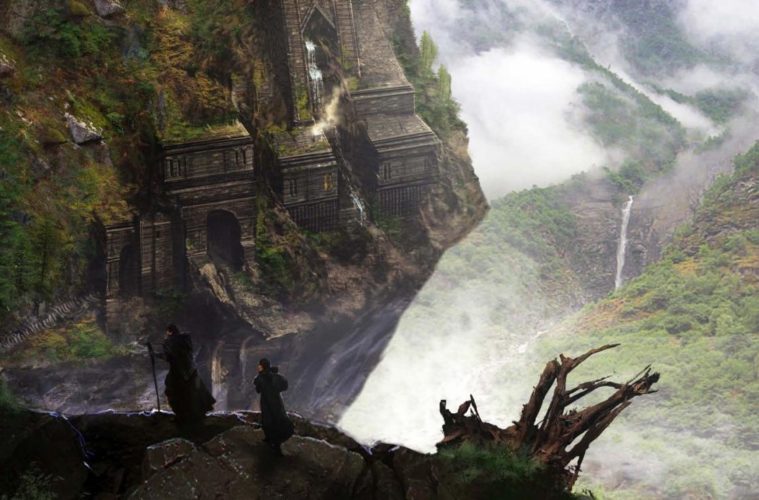 In terms of scheduling, marketing, financial profit, and general saturation, it always seemed odd that Warner Bros. would release two fantasy films two weeks apart from one another — even if they’re going for different crowds — and, finally, the studio has realized something was up. So, BoxOfficeMojo reports that Richard LaGravenese‘s Beautiful Creatures has been moved back two weeks, and will now open on February 25th, 2013, a slot once reserved for Sergey Bodrov‘s The Seventh Son. That film is undergoing a much bigger shift, having been scheduled to hit on October 18th, 2013.

All things considered, that’s not so bad — almost all of us would even argue that October is a more promising slot than February. And if you want to talk about discouraging, look toward Hunter Killer, which has been taken from December 21st of this year to “TBD.” (The move could be explained with director Antonie Fuqua and star Gerard Butler turning their attention toward Olympus Has Fallen.) We don’t have any idea if Hunter Killer is dead, delayed, or just a big question mark for Relativity but, either way, things aren’t looking so great right now. Poor Sam Worthington.

Finally, it’s also pointed out that Samuel Goldwyn will open Robot and Frank on August 24th. The comedy, which played at Sundance in January, got mostly positive responses; we had some pretty harsh things to say about it ourselves. Jake Schreier directed the semi-sci-fi film, which stars Frank Langella as an elderly ex-burglar whose children (James Marsden and Liv Tyler ) buy him a helper robot (voiced by Peter Sarsgaard) that he uses to revive his criminal ways. I think it sounds cute, but I’ve been led to believe that notion should be discarded and forgotten. Maybe I’ll find out for myself at one point or another.

What do you make of these scheduling moves? Surprised, excited, or disappointed?