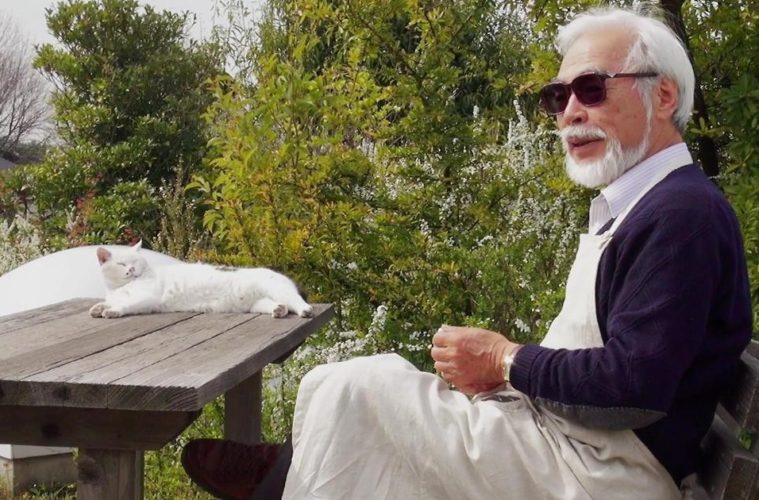 Even if reports of their demise were slightly exaggerated, Studio Ghibli’s next steps are hardly a sure thing. If the next few titles do, in fact, turn out to be their last — at least for the foreseeable future — we’ll be able to go out with a comprehensive look at how they made the magic happen. The efforts of Mami Sunada have brought us The Kingdom of Dreams and Madness, a documentary probing the creative and business processes of its chief men — including Hayao Miyazaki and Isao Takahata, who were at work on their respective The Wind Rises and The Tale of Princess Kaguya.

Reviews have been strong thus far, commending Sunada’s ability to weave a narrative that speaks to both fans of the studio and those interested in how animated films are produced. That we only get bits of that in this first preview is fine — I’m willing and excited to see how Kingdom plays out on its own terms, which is already more than almost anyone would say for most behind-the-scenes peeks. Granted near-unfettered access to the notoriously insular Studio Ghibli, director Mami Sunada follows the three men who are the lifeblood of Ghibli – the eminent director Hayao Miyazaki, the producer Toshio Suzuki, and the elusive and influential “other director” Isao Takahata – over the course of a year as the studio rushes to complete two films, Miyazaki’s The Wind Rises and Takahata’s The Tale of The Princess Kaguya. The result is a rare ‘fly on the wall’ glimpse of the inner workings of one of the world’s most celebrated animation studios, and an insight into the dreams, passion and singular dedication of these remarkable creators.

The Kingdom of Dreams and Madness opens at the IFC Center on November 28 before hitting VOD on December 9.