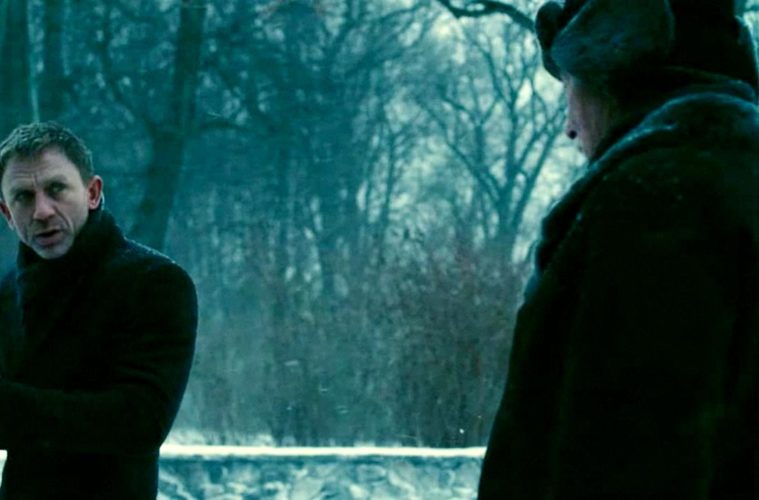 ‘The Girl with the Dragon Tattoo’ Sequels Could Shoot Next Year; New Viral Video Arrives

Most who clicked this article will probably see The Girl with the Dragon Tattoo immediately upon its release, but what will other members of the general public flock to? With competition that includes Tintin, Ghotocol, War Horse, and Sherlock Holmes 2, the box office potential for a “feel-bad” Christmas movie is up in the air. But that isn’t preventing Sony from counting their chickens.

As a New York Times (via ThePlaylist) profile briefly mentions, the studio currently has plans to film the book’s two sequels, The Girl Who Played with Fire and The Girl Who Kicked the Hornet’s Nest, “in the next year or year and a half.” That, of course, indicates back-to-back productions, a plan we’ve been hearing about for months now. The most important thing for myself, the involvement of David Fincher, isn’t confirmed, though he’s “open to making” them. But when you factor in the stack of other projects he could tackle next, critical reception might be as big a factor for him as financial intake is for the studio.

Frankly, I think I’d rather see him divert from the Stieg Larsson books in the future. Look, Dragon Tattoo might be my most anticipated film for the rest of the year — barring New Year’s Eve being a disappointment — and that’s very heavily based on the directorial voice Fincher will bring. Yet, when it’s broken down, I don’t want to see him stuck in the franchise game; he needs to reach out as much as he can, or expand his oeuvre, if you will. No sane person would have wanted him to keep emulating Se7en and not branch out into Zodiac or The Social Network territory.

It isn’t all business and career decisions with Dragon Tattoo, however. The wonderful viral blog, Mouth Taped Shut, has posted another viral video, and it’s a great one. This certainly brings echoes of an earlier entry, which showed super 8-style, voyeuristic footage of the car crash that sets off the story’s main plot, but this is longer, more comprehensive, and greatly entertaining. Based on the ’80s tabloid show Hard Copy, it’s also a fun little poke at pop culture that feels right at home in the Fincher aesthetic.

The Girl with the Dragon Tatoo opens on December 21st.

Would you hope to see Fincher return for Tattoo sequels? What do you think of this viral video?