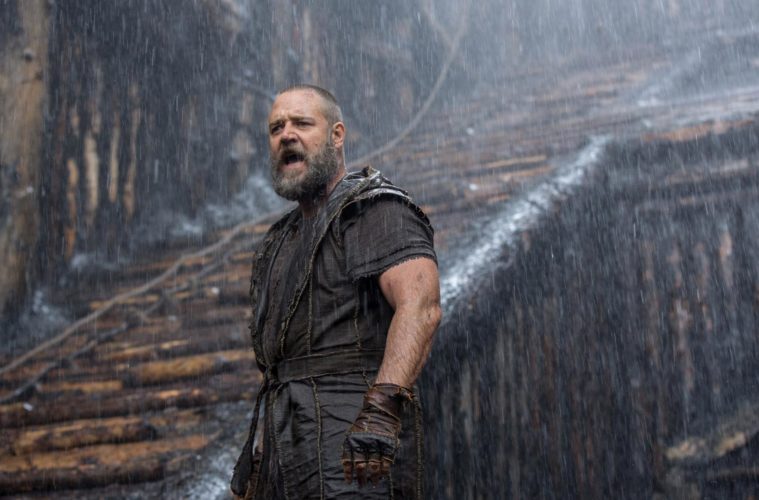 Welcome to the latest episode of our official podcast, The Film Stage Show. This week, associate editor Nick Newman, writer Danny King and I talk about the sudden surge of religious-themed films, both biblical epics and evangelical dramas. Then, we talked about the newest film from Darren Aronofsky, Noah. Following that, we take a look at the films coming to theaters and home video in the coming week, including Captain America: The Winter Soldier and Anchorman 2, as well as what we recently watched.

Bonus: See the poem that a 12-year-old Aronofsky crafted, serving as an initial inspiration for the film (via Variety) below.

Evil was in the world
The laughing crowd
Left the foolish man at his ark
Filled with animals
When the rain began to fall
It was hopeless
The man could not take the evil crowd with him
But he was allowed to bring his good family.

The rain continued through the night
And the cries of screaming men filled the air
The ark was afloat
Until the dove returned with the leaf
Evil still existed.

When the rainbows reached throughout the sky
The humble man and his family knew what it meant
The animals ran and flew freely with their newborn
The fog rose and the sun shone
Peace was in the air
And it soon appeared in all of man’s heart.

He knew evil would not be kept away
For evil and war could not be destroyed
But neither was it possible to destroy peace
Evil is hard to end and peace is hard to begin
But the rainbow and the dove will always live
Within every man’s heart.