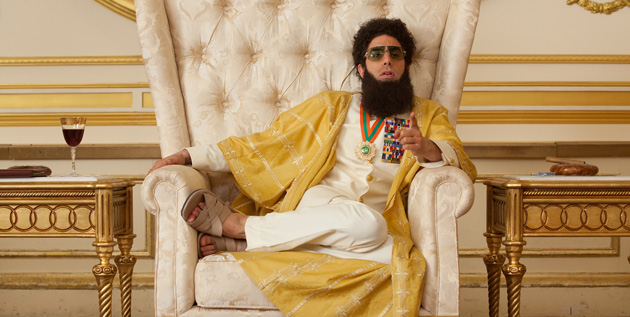 Welcome to the newest episode of our official podcast, The Film Stage Show. This week, associate editor Nick Newman, staff writer Danny King and I are joined by Raffi Asdourian and Dan Mecca straight from France to discuss the Cannes Film Festival thus far. Then we jump into a feature review of Sacha Baron Cohen’s irreverent comedy, The Dictator. To end we dive into some upcoming theatrical and home video picks, including Wes Anderson’s newest film, Moonrise Kingdom. Stream below or click to download (right-click and save as…).

0:00 – 29:57 – Introduction and 2012 Cannes Film Festival (including Moonrise Kingdom, Rust & Bone, Lawless, Reality, Amour, The Hunt, After the Battle, Beyond the Hills, Dracula 3D, The We and the I, Antiviral, Laurence Always and Mekong Hotel)

Opening music comes courtesy of Deerhunter and the sample of The Dictator trailer from Paramount Films.