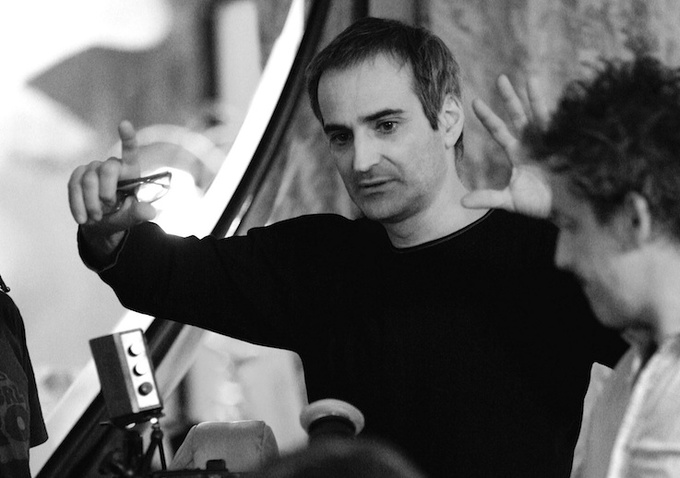 The Early Works of ‘Something in the Air’ Director Olivier Assayas: Watch His 1984 Short ‘Winston Tong’ Unfortunate as it is to see this kind of thing blossom into a “trend,” the first works of world cinema’s masters are generally (albeit begrudgingly) accepted as hard-to-find items. In spite of the numerous methods through which we can access titles once only read of in a high-class film magazine or your college textbook, most, if not all of the usual services — Netflix, Hulu, YouTube, a preferred torrenting site that you don’t feel guilty for using because, really, what other option exists in this case? — simply can’t fulfill your quest to fill in every blank on every renowned auteur. Yes, even as these still-active filmmakers win yet another festival award.

Being one of the most well-regarded names in the business of moviemaking — and, not-so-coincidentally, a man whose next picture arrives in the United States tomorrow — ample opportunity exists to look at the roots of Olivier Assayas, who, during and after his tenure at Cahiers du cinéma, had scripted and directed a number of short films, eventually following through on exhibited promise with a continued career in features. While his steadily growing worldwide acclaim — part of which would be the further attention from high-ups such as Criterion, almost a lock to release his latest title on home video — brings a wider audience at thrilling rates, his earliest output (four full-length works included) is almost nowhere to be found; by most standards, the furthest admirers are able to reach back is 1994’s Cold Water. If you want to see Disorder, Winter’s Child, Paris Awakens, or A New Life, some heavy-duty digging is going to be required.

Further exacerbating the paucity of access is simply hearing how good these films are. That feeling was brought home by reading the excellent collection Physical Evidence: Selected Film Criticism, in which Kent Jones devotes a chapter to Assayas that eloquently and thoroughly expounds upon the virtues that this man’s first phase of cinema has to offer. As first published in the mid-‘90s, at the time marking something of a domestic introduction, there’s a slightly alien sense to reading Jones’ piece and the way Assayas is positioned therein — not as the figurehead of international cinema we (hopefully) know and admire, but an up-and-coming force whose proclivities would sound wholly new to the collective reading body’s cinematic palate.

That we likely haven’t seen these films (save for Cold Water) will, again, only enhance it, giving them the weight of well-described but only half-remembered events. For a number, it may also feel like a halfway point: Assayas has developed a respectably rigid, by-most-people’s-count strong auteurist aesthetic over nearly two decades, and thus to understand for ourselves where this all extends without actually seeing it achieves shades of gratification while also emboldening desire.

A piece of this, thankfully, is available: embedded for your viewing pleasure is Winston Tong en studio, a 1984 music-centered short which, Jones’ text will have you know, stands as “the only one [Assayas] can still bear to watch.” While it’s doubtful that the three others listed are all-so-bad — a thriller by the name of Laissé inachevé à Tokyo especially catches the eye — a closer look might reveal why these ten minutes, in particular, stand out as important to the Assayas of today.

Quick and seemingly innocuous though it may appear, one artist expressing concern over some unseen teenage girl listening to his music will, much later, have found echoes by way of what most would deem the filmmaker’s most prominent themes: globalism, the commercialism inherent therein, and, on a more specific level, the very consumption of music, one subject tackled in 2004’s Clean. And no matter how oblique this, too, may sound, the same band member’s later comments — regarding the spread and use of information — can’t be cast aside when thinking along the lines of Demonlover or Carlos, pictures whose respective, admittedly differential undercurrents nevertheless rely on such a facet of living to notable degrees. (Now, as for what the unsubtitled French man was saying…)

Looking at it upon the release of his 14th feature, Winston Tong en studio bears the aura of a first step into the bevy of ideas which inspire and drive Assayas to this day. For this, alone, it earns a place as a worthwhile early work.

Assayas’ newest film, Something in the Air, will open on Friday, May 3.