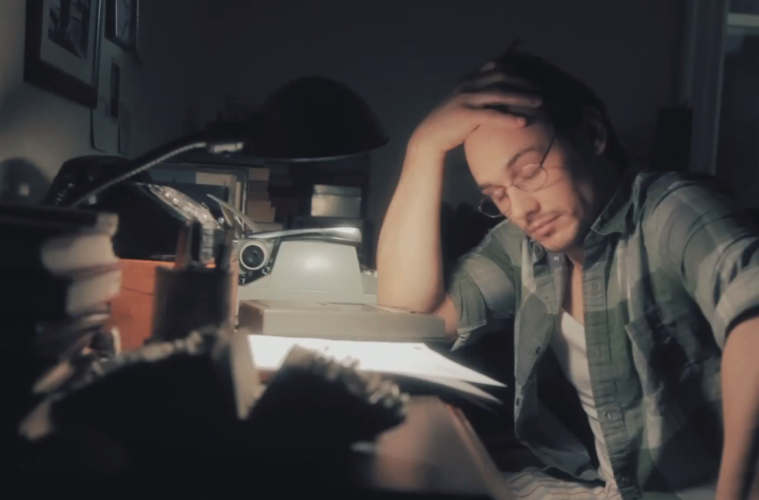 One would think a project headlined by James Franco, Jessica Chastain, Bruce Campbell, Mila Kunis, and Zach Braff — and one that premiered in November of 2012, no less — would earn a bit more attention than whatever The Color of Time‘s been receiving. Yet there I was, looking at an Apple Trailers page and asking, “They’re in this? They’re in this?” It turns out the project was made under two unique circumstances: 1) it was directed by twelve NYU graduate students in Franco’s program, and 2) the piece was composed some two years ago, when the actor and his Oz: The Great and Powerful co-stars were able to find some free time.

How Chastain and Henry Hopper became involved seems like another, not-terribly-important matter, but the former’s involvement becomes all the more curious when you see Color‘s trailer. Although the issue of varying formal styles twelve creative voices are bound to impose should (should) easily offset too many comparisons, I (and some other reviewers) get the impression that this project — based on the life and writings of poet C.K. Williams — is Franco attempting to stage his own Tree of Life, The proof is in the pudding: kinetic camera work, faces backlit by the sun, time jumps, and complementing images of a lovingly shot, matriarchal Chastain set to the actor reciting “My mother, all through my childhood: love, grace…”

That, or The Tree of Life with Bruce Campbell as a convenience store owner. Now we might be in business. James Franco, Mila Kunis, Jessica Chastain, and Zach Braff star in this dramatic and inventive look at the life and work of ionic Pulitzer Prize-winning poet C.K. Williams. Williams (Franco) has a beautiful, adoring wife (Kunis) and a young son. But as he prepares for a reading in New York City and struggles to create new work, he is haunted by memories of his past—from his first sexual encounter to a later tragic loss. An ensemble of 12 directors work with a star-studded cast to weave together this moving and unique story of a complex man and the relationships that defined him.

The Color of Time will hit iTunes on December 2 and enter a limited theatrical release on December 12.