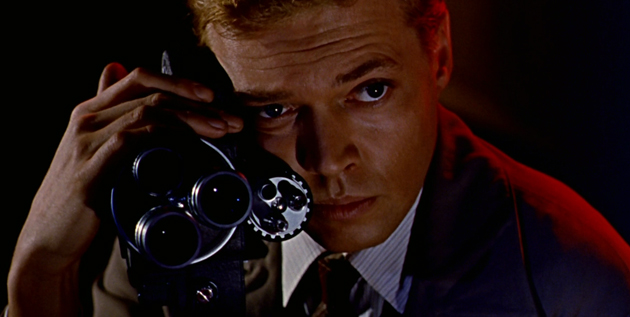 Although much of my calendar year is spent watching, writing about and discussing the respective releases in a 12-month period, I believe it’s vital to catch up on the films that have come before us and shaped what we’re watching in cinemas week in and week out. While nearly everyone online (including us) are doing rundowns of everything 2012, I wanted to share 60 non-2012 films I watched this year for the first time that, for lack of a better term, blew me away.

While the actual countdown is a rough estimate of my feelings towards the films — especially as one gets near the top — every single one is a definitive must-watch and the vast majority better than just about every film on my best of 2012 list. Considering the subjectiveness of the rundown, it’s prime goal is to recommend a batch of features you may not have seen yet, or trigger similar recollection and discussion based on classics you caught this year. Check out the list below, including commentary for my top 10 choices and let us know what classics you watched for the first time this year in the comments.

Hollywood is forever attempting to strike on sequel success, but they only need to look around 75 years back to see this ideal example of how to follow-up a film. Expanding on characters and plot found in James Whale‘s first film, this one ups the ante while still providing a sublime mix of entertainment and weighty ideas.

Leave it to Swedish director Ingmar Bergman to deliver one of the most affecting, honest portrayals of love put to screen. While many have joked this month’s Judd Apatow feature This is 40 is a comedic take on such a relationship, Bergman is able to flawlessly mix in some humor among this sprawling look at a marriage and all the emotions to be found in such a commitment.

One of the most spellbindlying gorgeous films in both cinematography and execution, this Resnais classic is a thoroughly compelling watch. As confounding as it is mesmerizing, this story of a couple at a chateau will bounce back and forth in time and space, with its uneasy feeling only adding to the overall effect. Thankfully you’ll have the chance to rewatch it immediately — and believe me, you won’t turn the opportunity down.

A handful of Melville films already rank among my favorite features so heading into this 1970 classic I at least expected to come out positively, but I was bowled over yet again by his restrained style and ability to build tension like few other directors. While we see so many cops-and-robbers movies fail time and again, one only needs to watch this feature to remind themselves how it’s done.

Having seen another Michael Powell film earlier this year, going in, I knew this feature was a major departure in terms of plot and style from the rest of his filmography, but without his partner Emeric Pressburger, the director has crafted one of his finest features with this chilling portrayal of a killer. Karlheinz Böhm plays one of the most affecting psychologically unstable leads as we’re disturbed at every turn, yet captivated by the outcome.

Deceivingly simply and running only 75 minutes, this beautifully crafted Bresson classic is a marvel. As we follow a criminal and his extraordinary skill for pickpocketing, Bresson continually ups the tension through expertly crafted sequences showing off what our emotionless lead does best. This one is a prime example of efficient filmmaking that lands with a punch.

The finest portrayal of tragedy and grief I’ve ever witnessed on screen, Atom Egoyan‘s tale of a horrific bus crash and its ripple effects on a small community is an immensely affecting experience. As answers are slowly provided through our director’s peerless structure, we get further absorbed meeting each new character and learning how they fit into this quaint masterwork’s puzzle.

After watching this Wong Kar-wai masterpiece on New Year’s Day, few films have stuck with me throughout the entire year as this one has. With its bifurcated narrative, our director dissects love and life in his expected, but always stunning visual style. It’s an electrifying work of art, with images that one will never shake, nor will you want to.

As one can see, 2012 is the year I discovered the extraordinary talent of Robert Bresson. While I was enthralled by Pickpocket, Au hasard Balthazar is perhaps the most heart-breaking film cinema has to offer. This transcending story of a donkey’s life of servitude, complete with religious overtones, draws striking parallels with every human’s personal path through life and our inevitable death.

No film this year captivated me as much as Akira Kurosawa‘s crime-drama masterpiece. The director’s meticulous touch, including a magnificent sense for composition, is a perfect fit for this material, as we follow an emotionally-fueled story of a kidnapping. This one is all about the details, and as Kurosawa brilliantly splits the film into two clear halves, I was engrossed every step of the way.

What classics did you catch up on this year? Are any of your favorites above?