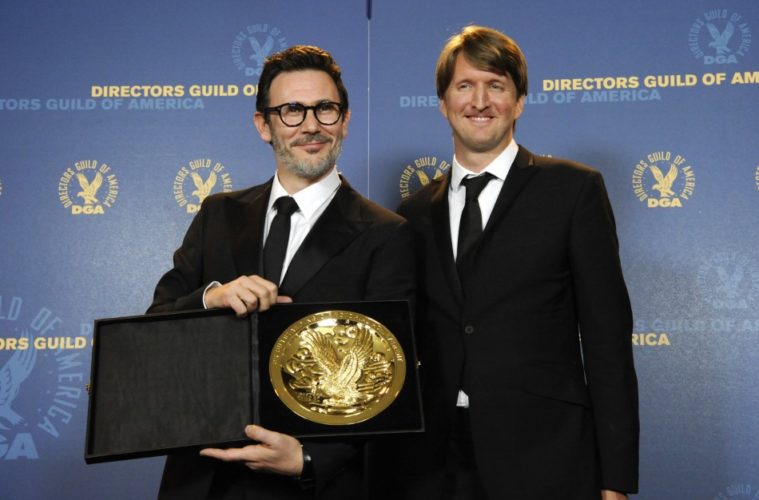 Like it or not, the resounding mediocrity of The Artist has — for what feels like forever — been inching closer and closer to that coveted Best Picture victory; now, its cause has been further emboldened by the DGA. If you’re like myself, this crucial award was… just kind of forgotten in the time since the nominees were listed. (I blame the Oscar nominations.) But the winners were unveiled last night, and, with it, Michel Hazanavicius earned the Outstanding Directorial Achievement in Feature Film over Woody Allen for Midnight in Paris; David Fincher for The Girl with the Dragon Tattoo; Martin Scorsese for Hugo; and Alexander Payne for The Descendants. I could leave some comment or make some complaint about how LITERALLY ALL OF THE OTHER NOMINEES’ work far, far outmatched that of the actual victor, but it’s a Sunday.

Outstanding Achievement in Documentary Film was — while not as much of a cinch — about as expected as its feature counterpart. As it goes, James Marsh took home the DGA award for Project Nim, beating out Martin Scorsese for George Harrison: Living in the Material World; Steve James for The Interrupters; Bruce Berlinger and Joe Sinofsky for Paradise Lose 3: Purgatory; and Richard Press for Bill Cunningham New York. Among these five contenders, the only one I’ve actually seen is Harrison (which I loved), thus rendering any of my thoughts in this department even more trivial than usual.

Are you happy to see The Artist continue on its path toward Best Picture?