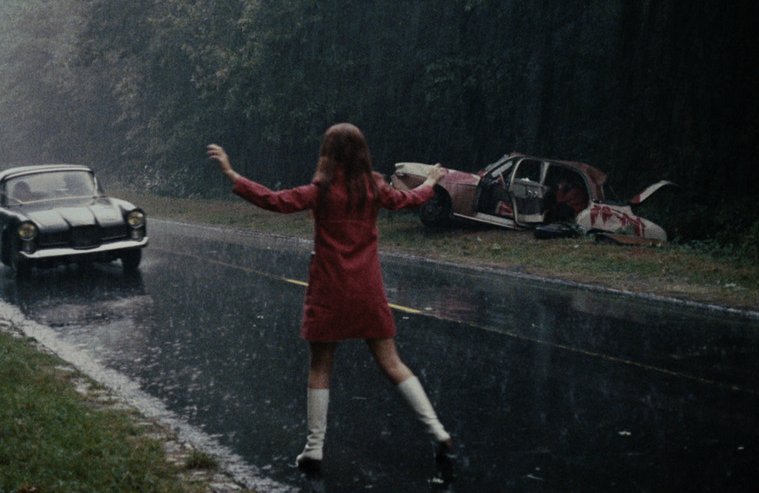 Over 40 minutes from one of Alfred Hitchcock‘s earliest works, 1924’s The White Shadow, has been salvaged and made available online. [Film Preservation]

David Lynch recently handpicked 99 of his favorite photos for a Paris art show running from today, November 15th, to the 18th. [Expatica]

First photo from the set of Jean-Luc Godard‘s Goodbye to Language. Note the use of two cameras for 3D. [@Trois_Couleurs] Photo of Akira Kurosawa painting the set of his 1970 film Dodes’ka-den. [Strangewood] Graphic detailing the history of film from 1910s to present day, mapped across 20 genres. [History Shots] Trailer for restored Blu-ray of Yasujiro Ozu‘s Floating Weeds, due out on December 3rd in the UK. [Twitch]

Robert De Niro talks to A.O. Scott about his career, including Martin Scorsese‘s’ The King of Comedy. [NY Times]

Billy Wilder‘s 1945 drama The Lost Weekend streaming in full, added to the National Film Registry of the Library of Congress last year.