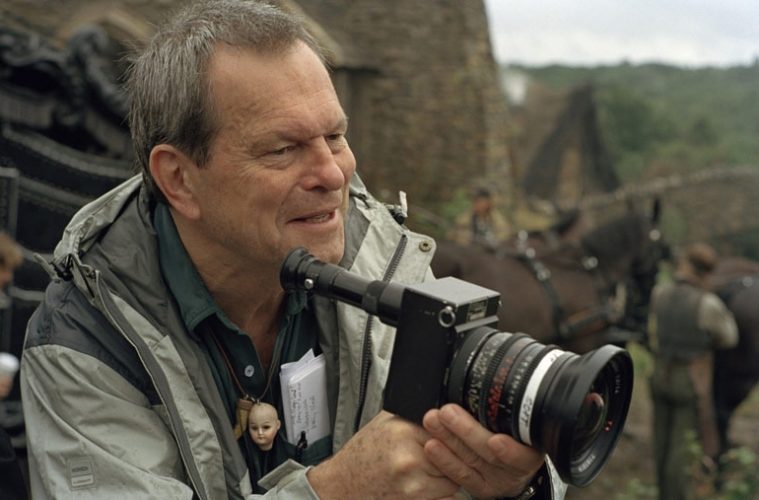 After so many false starts, cancellations, and financial collapses, Terry Gilliam is finally getting a new film into motion. It was just last month when the gonzo sort offered up the word “Romania” as a hint of what was to come — not that this is much of a hint at all — and Deadline has now pulled back the curtain in a big, descriptive way. Turns out he’s been developing Zero Theorem, a futuristic techno drama that will star Christoph Waltz. Are you interested yet? The screenplay, by Pat Rushin, revolves around Qohen Leth, “an eccentric and reclusive computer genius” — he’s also said to be a “virtual cloistered monk” — whose own struggles with the human condition implore him to try and seek out what life really means. Or, as suggested, find out if it even means anything in the first place.

The so-Gilliam-it-hurts setting is “an Orwellian corporate world where ‘mancams’ serve as the eyes of a shadowy figure known only as Management.” Waltz‘s character spends his time trying to crack the titular theorem, though that goal is impeded by a series of distractions from Management, orchestrated as a means of keeping tabs; among them are his “flamboyantly lusty love interest,” Bainsley, who provides some kind of virtual sex called “tantric biotelemetric interfacing,” along with Management’s teenage son, Bob, a “rebellious whiz-kid.”

Bob bonds with Qohen by way of humorous insults and, for now, what’s only referred to as “a virtual reality ‘inner-space’ suit” which allows Theorem‘s hero to experience close encounters with his soul. Needless to say, it’s here where the big answers can be found.

It’s a bit much to ingest on a first go-round, so I’d say any confusion or, even, hesitance is completely understandable. Where either of those feelings may lie, however, is the very place I suspect amusement and great fascination will soon take precedence — if, for no other reason, only because of its creator. Gilliam is one of the best filmmakers you could ask to bring this kind of tale to life in a purely visual sense — I assume we’re all in agreement on that point — with this, even at first glance, clearly being the kind of story he’s been seeking for years. But Christoph Waltz also gets to play a wacky computer genius! I’m already on board with you, Zero Theorem.

Shooting will start this October, with Dean Zanuck and the star producing.

How does Zero Theorem strike you? Is it right for Gilliam?