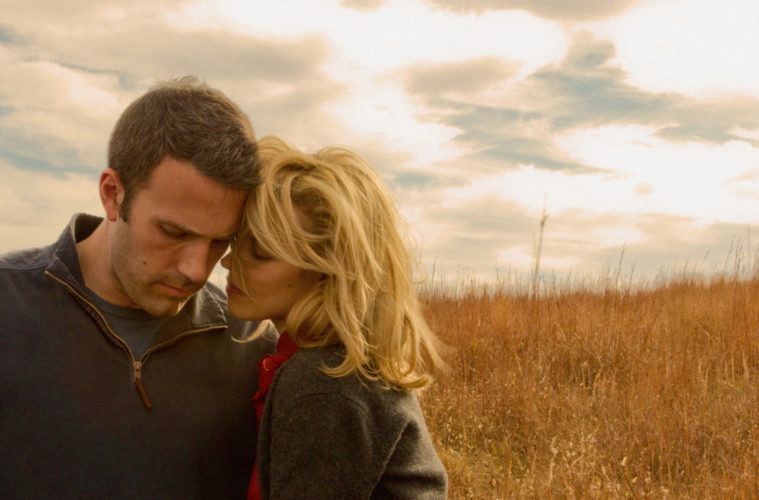 Terrence Malick Going Political With ‘To the Wonder’; Antonio Banderas and Joe Manganiello Rumored for ‘Knight of Cups’ To the Wonder‘s one–two festival punch is some of the best film-related news to come this whole summer. A quiet post-production, though typical for Terrence Malick, had some (including this writer) fearing we wouldn’t see his Tree of Life follow-up until 2013 — not so bad, given his long-held pace. With those fears being taken into account, this sudden appearance felt all the more sweet.

The film’s impending premiere means we’ve started to get bits and pieces on what, up to now, has been the cinematic equivalent of a distantly-viewed whisper. Director of the Venice International Film Festival, Alberto Barbera, told the AFP (via ThePlaylist) that Wonder will, previously unbeknownst to us, delve into crises of three natures: those in the political and economic sense, as well as also “the crisis of values.” Malick delves into this so much, in fact, that they’re actually “[t]he main recurring theme.”

“After visiting Mont Saint-Michel — once known in France as the Wonder — at the height of their love, Marina (Olga Kurylenko) and Neil (Ben Affleck) come to Oklahoma, where problems soon arise. Marina makes the acquaintance of a priest and fellow exile (Javier Bardem), who is struggling with his vocation, while Neil renews his ties with a childhood friend, Jane (Rachel McAdams). An exploration of love in its many forms.”

Going off that, I can definitely figure where political, economic, and “value-based” issues come into play; only, with Malick doing the work, I couldn’t so much as guess how they’ll be spun into his film. Certainly not in any conventional way, or, at least, in one that many will gravitate toward.

We’ve also heard a little something about Knight of Cups, his currently-shooting picture that sees Christian Bale romance beautiful women on the beach. The latest rumors come from a series of tweets — all of which were made by people claiming to be in the film — that Antonio Banderas and Joe Manganiello (Magic Mike) are now in Cups. Should it be true — and I don’t see too much reason to doubt it — they’re only among the countless who have been taking parts in the mysterious project; I don’t doubt that, before its release, we’ll know as much about their specific parts as any of the other cast members. Which is to say: not a lot.

To the Wonder also stars Amanda Peet, Barry Pepper, Michael Sheen, and (possibly) Jessica Chastain. Knight of Cups‘ cast is currently comprised of Cate Blanchett, Natalie Portman, Freida Pinto, Wes Bentley, Isabel Lucas, Felicity Jones, and Teresa Palmer. Which is to say nothing of the other movie he’ll start rolling cameras on in a couple of months.

How do you feel about Malick going a little more political? In what manner might he approach the topics?