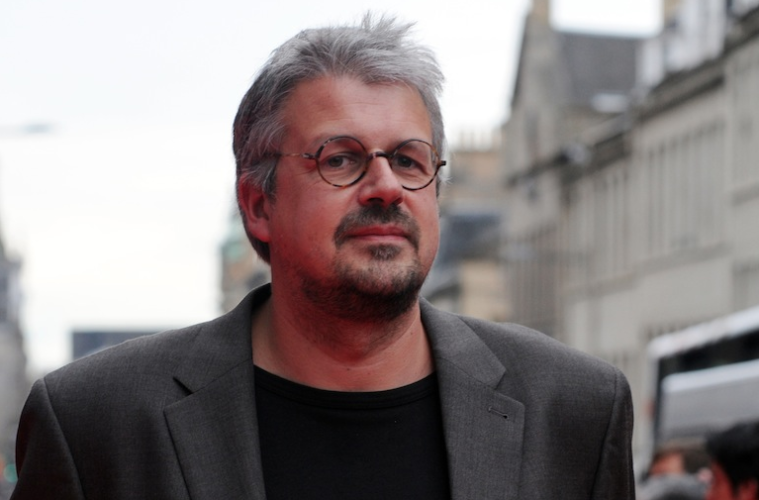 Sylvain Chomet Will Walk ‘The Thousand Miles’ for Next, Fellini-Inspired Feature Few animators in the current cinema have accrued as much widespread respect as Sylvain Chomet, whose Triplets of Belleville and The Illusionist put credit to the tired notion of “making them like they used to.” Unfortunately, the execution of that exacting vision and noticeable display of a caring hand comes with a price: while they capture a certain magic most other animation hasn’t in some time, they require a bit of effort.

It is thus great news, even with a slight compromise, when Variety tell us Chomet has begun work on his next feature, a live-action-animation hybrid by the title of The Thousand Miles. Where The Illusionist was directly inspired by unfinished work from the late, great Jacques Tati, his next picture is to take its cues from Federico Fellini, his work vaguely described as “various works and unpublished writings/drawings.” It makes sense, inspiration-wise: those familiar with the belated Italian’s oeuvre — and I would assume most reading this are at least tangentially familiar — can attest to the over-the-top, at-times-cartoonish allure of his vision. In Chomet‘s own words, The Thousand Miles “explores the imagination of Fellini and sheds light on his talent in drawing.”

Italian prince Emanuele Filiberto (of Venice and Piedmont) plays, somewhat fittingly, a middle-aged count partaking in a high-class car race known as Le Mille Miglia — or, you can guess, The Thousand Mile — but finds himself on “a magical odyssey during which the count reminisces on his youth and life experiences.”

Savoy & Gregory will produce The Thousand Miles, while British outfit Th1ng are providing animation. Production is to begin at the start of 2015.

Does Chomet’s next feature sound appealing? Are you a fan of his prior work?