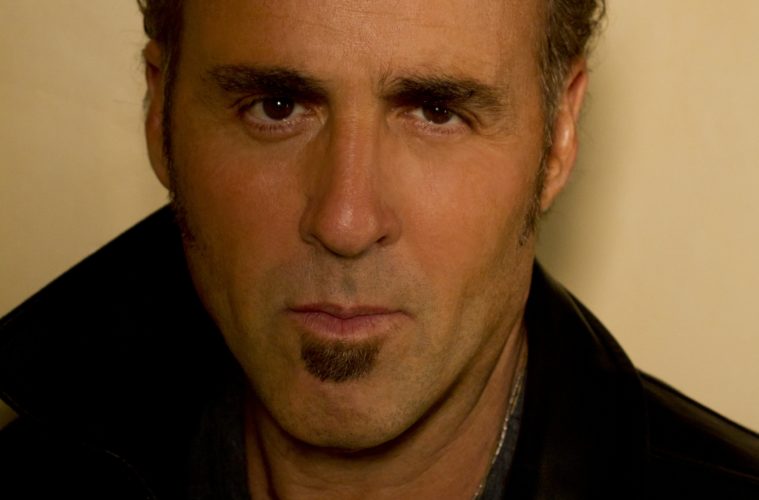 There are a few pieces of development news for you today. Deadline tells us that Kario Salem — who is working with DreamWorks and Warner Bros. on a biopic of Martin Luther King Jr. — has signed with the former studio on another project, one only described as a crime thriller. Produced by Gary Foster, Russ Krasnoff, and Adrienne Maloof, the story is said to be “inspired by true events,” centering on “decorated war hero returns home to a job as a police officer, and to the woman of his dreams.” Things go awry when “everything he believes in turns out to be fiction.”

Kalem has been getting a decent amount of work lately, having written the Patricia Cornwall adaptation Scarpetta, which will star Angelina Jolie, as well as Curtis Hanon‘s Mavericks, starring Gerard Butler. I’m not familiar with any of his writing, sadly, so it wouldn’t be possible for me to share any real thoughts on him as a writer. As for the story — a crime thriller about a guy who can’t figure out what’s happening? Sure, why not. I don’t think it will be quite as good as, say, Memento, but that could definitely lead to something solid. Deadline also reports on another developing project, coming from Twilight actor Peter Facinelli. This is one that will have a relevance to recent events, because it focuses on Boston mob boss Whitey Bulger, who was just caught after a pursuit by the FBI that lasted for nearly two decades. An adaptation of the book Street Soldier: My Life as an Enforcer For Whitey Bulger and the Boston Irish Mob by Edward MacKenzie and Phyllis Karas. The book tells of Mackenzie‘s experiences in Bulger‘s Winter Hill Gang, who was an enforcer in that group, and the movie will be produced by Facinelli, Rob DeFranco, Trevor Matthews, and Alison Haskovec.

Matthews, who is also the President and CEO of funding company Bookstreet Pictures, was quoted as saying that the capture of the former mob boss means that “there is no better time to tell this amazing story of the Boston Irish Mob from the gripping perspective of Eddie Mac.” Bulger was the main inspiration for Jack Nicholson‘s character in The Departed, so there’s definitely room for him to get a cinematic treatment. If they can get the right actor to play him, it might be a great role for them to take on; Nicholson received plenty of award nominations for essentially playing him. Finally, THR says that we’ll be getting another installment of the (Insert City Name Here), I Love You series. Previously made up of Paris, je t’aime and New York, I Love You, the next one will be Sydney, I Love You. There was word about an installment set in Jerusalem, which actually sounds like it could be pretty interesting. But now word on this is coming to light, and it will be produced by Australians Gary Hamilton and John Polson.

It’ll consist of “12 short films, each eight to 10 minutes in length, with each one set in Sydney during a different month of the year.” The talent is reportedly being sought now, with pre-production beginning in early 2012. Polson claims that there are a few filmmaker who “have stories that they’ve always wanted to make as short films,” with Hamilton adding that “Australia has an embarrassment of riches,” which will lead to a challenge in “narrowing down” the creative voices. Also added was that it “will take place in all the neighborhoods around city,” and is “about people living in a very cosmopolitan city.”

I’ve only seen Paris, which I thought was fairly terrible (and I’ve heard the same about New York), so I don’t think this is something I would care about past the amusement of seeing the city on film. If anything, I would be infinitely more interested in seeing Jerusalem happen; there’s room in that city for plenty of political stories, while also maintaining the romance aspect. I will admit that Hamilton‘s right: There are a lot of talented Australians they could work with. But if it’s as disjointed and inconsistent as the rest of the series, then any of my interest is completely gone.

Which of these projects do you want to see the most?