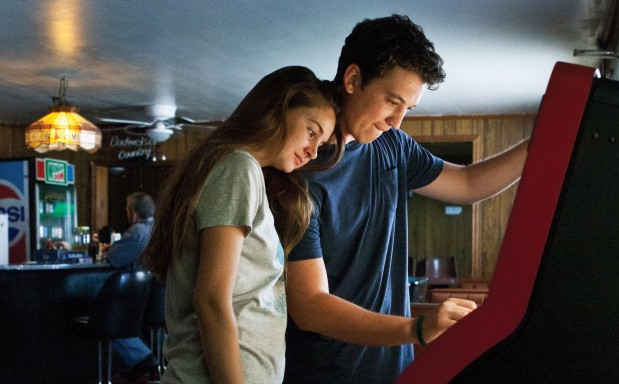 Sundance: ‘The Spectacular Now,’ ‘Austenland,’ and ‘The Look of Love’ Heat Up Sales Deals Update: THR have learned that Austenland is now going to Sony Pictures Worldwide Acquisitions, following FilmDistrict’s original bid. The original story can be read below.

The first weekend of Sundance is over, and it’s with this that first deals are being signed in Park City hotel rooms. So far, the most commercially viable of these would, judging by available information, be James Ponsdolt‘s coming-of-age story The Spectacular Now, starring Miles Teller (Project X) and Shailene Woodley (The Descendants). In fact, because of this, it’s slightly surprising that the project — which a few expected names, including Fox Searchlight and The Weinstein Company, may have been gunning for — has gone with a small, new outlet for its release.

Reported out of Sundance (via Variety) is an acquisition by A24, the upstart who’ve been on something of a tear this year. In 2013 alone, they’ll be releasing Roman Coppola‘s A Glimpse Inside the Mind of Charles Swan III, Harmony Korine‘s Spring Breakers, Sofia Coppola‘s The Bling Ring, and the acclaimed indie Ginger & Rosa. How widely they can actually open the film sounds to be of no concern to them, with a spokesperson stating “we know the rest of the country will embrace this timeless love story”; those involved with the film sound pleased, too, depending on how much stock you put into these quotes.

Not quite as well-received is Austenland, the directorial debut of Napoleon Dynamite and Gentlemen Broncos writer / perpetrator Jerusha Hess. FilmDistrict are, nevertheless, snatching up the film wherein Keri Russell plays a Jane Austen fanatic who visits a theme park based on her work — being aware of its creative voice, you can commence vomiting — and meets the man of her dreams (Bret McKenzie). Jane Seymour, JJ Feild, and Jennifer Coolidge also star in the film, which we characterized as having a “predictable nature,” along with “unremarkably flat direction” and some other things of that sort. I’ll probably be sitting out Austenland.

Last and, hopefully, not least is yet another film from Michael Winterbottom: The Look of Love, a biopic starring Steve Coogan as property magnate and noted pornographer Paul Raymond. Much of the reaction has been mild but anything from this director-star team is sure to have garnered some attention from buyers — and in comes IFC, an old pal of the filmmaker.

So this is not at all a surprise, but if it’s actually a wise choice seems unclear. With Anna Friel, Imogen Poots, Matt Lucas, Stephen Fry, and David Walliams taking supporting roles, The Look of Love can’t be too bad. Maybe.

Which of these films do you hope to see first?