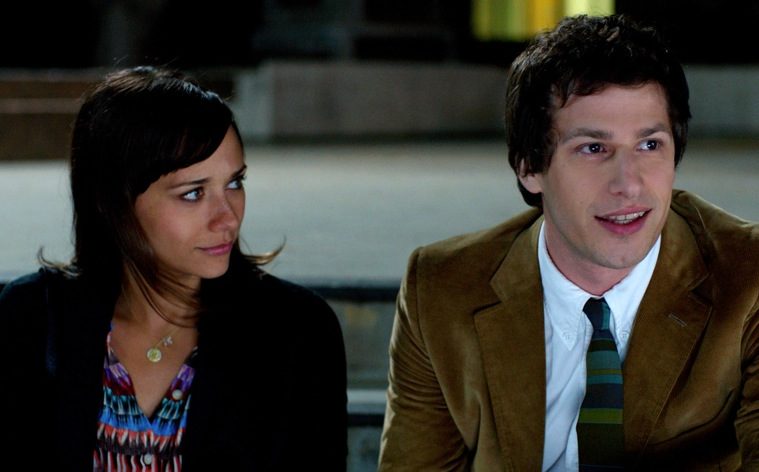 These past few days of Sundance acquisitions have almost exclusively revolved around films that are a) the most commercial or b) the most critically acclaimed. If we’re lucky, there’s a crossover once or twice in there — and the latest one, reported by Variety, seems to have this going for it. As they tell us, Sony Pictures Classics have picked up Celeste and Jesse Forever, a romantic dramedy starring Rashida Jones, Andy Samberg, Chris Messina, Ari Graynor, Emma Roberts, and Elijah Wood. Written by Jones & Will McCormack, the Lee Toland Krieger-directed film follows “high school sweethearts who get divorced and attempt to remain best friends while pursuing other relationships.”

SPC seem rather over the moon about their newest buy, telling Variety that “[n]o recent movie is more current, more perceptive, or more fun than ‘Celeste & Jesse Forever.'” Meanwhile, the producers claim to be “thrilled [that] our film has found a home with Sony Pictures Classics and are incredibly excited to work with Michael, Tom and Dylan.” With the mostly positive reactions (including our own) coming out of the first screenings, mark me down as mildly interested in a Sundance comedy. (For me to say that is kind of a big deal, if you didn’t know.)

Variety also informs us that Focus Features recently acquired For a Good Time, Call…, a well-received debut comedy from Jamie Travis that follows “Lauren and Katie [who] move in together,” and, after Lauren becomes aware of Katie’s business, they “enter into a wildly unconventional business venture.” Co-written by and starring Lauren Anne Miller, Good Time is also led by Ari Graynor, Mark Webber, Seth Rogen, and Justin Long. Jordan is seeing this as I type, so we can expect a reaction from him very soon; for now, I think it has the potential to be a fun, raunchy time, which is all it seems to be aiming for. Two promising Sundance comedies? What a year!

Do you want to see either film?