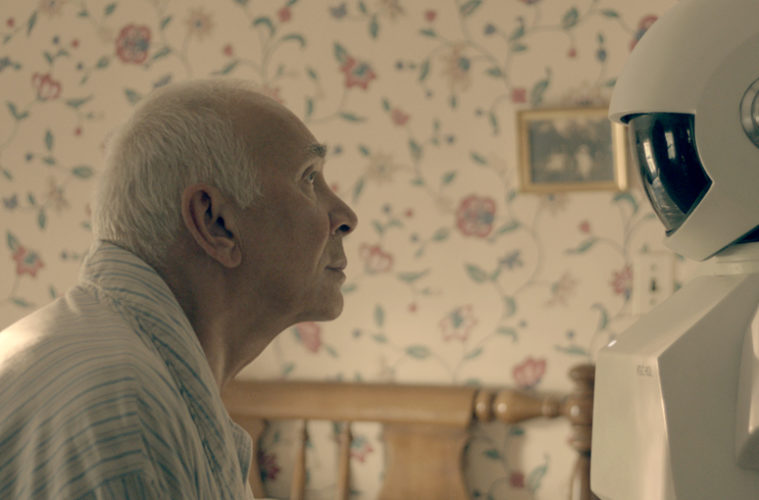 According to Variety, Sony has nabbed Robot and Frank, a sci-fi film that stars Frank Langella as Frank, a retired ex-burglar whose kids give him a robot servant (voiced by Peter Sarsgaard) to act as a caretaker. Early reviews indicate that, from this point forward, things get very sweet and funny — or, exactly what I’d want from a movie about an old man and a robot. The rest of the cast is an impressive lineup, one which is led by Susan Sarandon, James Marsden, Liv Tyler, Jeremy Sisto, and Jeremy Strong.

Senior VP of acquisitions, Joe Matukewicz, called it a “winning film [that] strikes a special chord with audiences,” going on to say that they’re “delighted to bring Robot & Frank into the Sony Pictures family. Director Jake Schreier, meanwhile, sounded mutually enthusiastic about working with the studio, but you should expect that by now. Personally, I only have interest in seeing the movie; many probably feel the same way.

In non-Sundance acquisition news — yes, these still happen — Variety also tell us that Tribeca Films will be releasing Stella Days, a drama from The Heart of Me director Thaddeus O’Sullivan. Starring Martin Sheen and set in a small Irish town during the ’50s, the film centers on “a charismatic priest whose desire to open a movie theater in his village clashes with the conservatism of some locals.”  It’ll play at the Dublin Film Festival in March, presumably before a small theatrical and general VOD release later this year.

Finally, Deadline reports that Cinedigm Entertainment Group will, this summer, theatrically release Like Water, a documentary focusing on MMA fighter Anderson Silva. Director Pablo Croce is making his debut with the film, which Lionsgate will handle through domestic ancillary distribution.

Are you anticipating Robot and Frank? What about these other movies?