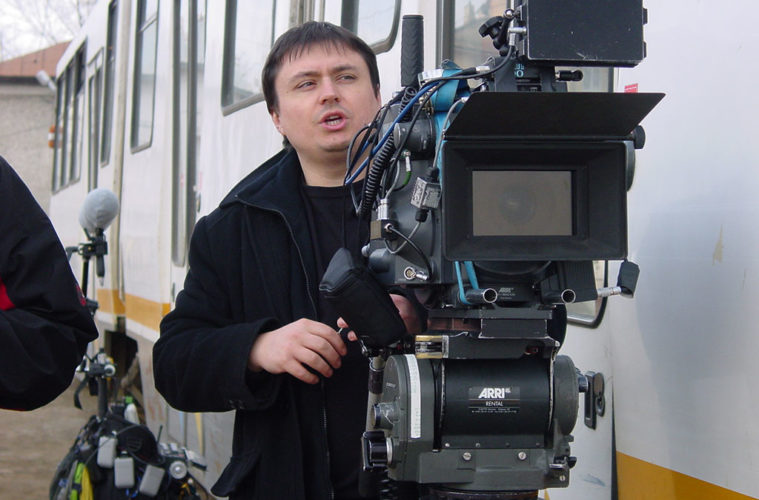 The most exciting news of the weekend pertains to something that, with any luck, will be in about 300 theaters at once. Here, we’re talking about the next film from Cristian Mungiu (4 Months, 3 Weeks, and 2 Days) — now titled Beyond the Hills — which Deadline tells us has found an American home with IFC’s sister company Sundance Selects.

Our first wind of the project was caught just under three weeks ago, when it was merely known as the tale of “a young woman’s descent into madness, her subsequent exorcism and the police investigation it sparks.” The lovely news of an acquisition, however, brings a lengthy plot synopsis, one which is packed into Sundance Selects’ press release. You can read that below:

“Alina has just been reunited with Voichita in an isolated convent in Romania after spending several years in Germany. The two young women have supported and loved each other since meeting as children in an orphanage. Alina wants Voichita to leave and return with her to Germany, but Voichita has found refuge in faith and a family in the nuns and their priest, and refuses. Alina cannot understand her friend’s choice. In her attempt to win back Voichita’s affection, she challenges the priest. She is taken to the hospital and the people of the monastery start to suspect she is possessed. Soon they believe they must perform an exorcism, but the result is not what they had hoped.”

I, like many others, found 4 Months to be an unsettling, disturbing film in the most grounded sense of either term; needless to say, it’d be wonderful if Mungiu could imbue the events described above with the same formal skill and “you are there” sense of reality. Beyond the Hills‘ cast is filled out by Cosmina Stratan, Cristina Flutur, Dana Tapalaga, and Catalina Harabagiu, and is expected to make an appearance at this year’s Cannes. Reactions are greatly anticipated by yours truly.

In this same story, there’s also the brief mention that IFC has bought Hélène Fillières‘ Tied, a picture that stars Benoît Poelvoorde and Laetitia Casta in the respective roles of “a banker and his mistress in a sadomasochistic relationship.” Wild Bunch’s site provides a few images and a saucy summary, which can be read below:

“The banker meets the woman one spring evening. He is a man of enormous power and wealth. That night she becomes his mistress.

Day by day, night after night, they are consumed. One by one, all boundaries are destroyed. The woman’s husband looks on — impotent, full of dread.

The banker gives her a gun and teaches her to shoot. She is a willing pupil. She provokes him into abuse and humiliation. Their hunger is insatiable.

He promises her a million euros — and then rejects her — the deadly bond between them is sealed.”

Are you anticipating the return of Mungiu? Do you want to get Tied?