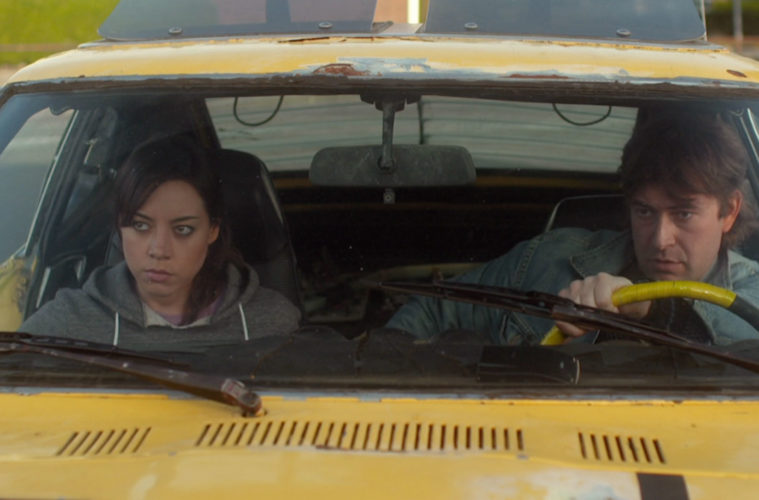 Sundance: ‘Safety Not Guaranteed’ for FilmDistrict

(Thankfully, I’m not referring to their financial situation.)

Instead, Variety reports that they’ve made their first (and probably only) acquisition of Sundance: Colin Trevorrow‘s feature debut, Safety Not Guaranteed. This semi-time travel comedy, scripted by Derek Connolly, stars Aubrey Plaza as a magazine employee who encounters “a classified ad seeking a partner for time travel,” which soon leads her to “[develop] feelings for the paranoid but compelling loner (Mark Duplass) and seek to discover what he’s really up to.”

Our reaction to it was generally lukewarm, while some other critics had a similar (if slightly warmer) reaction to Guaranteed as a whole. And that really kind of solidifies my preconceived, negative notions about the film; I’ve never been terribly fond of either lead, for one thing, nor do I find myself all too interested in the basic plot descriptions provided thus far — though, to be fair, I try not to judge films on that aspect alone. But, hey, if FilmDistrict can give it a wide release and the desire strikes me upon its opening, I’ll probably give it a look. That counts for something, right?

Have you paid any attention to Safety Not Guaranteed? Will this buy make you seek it out?