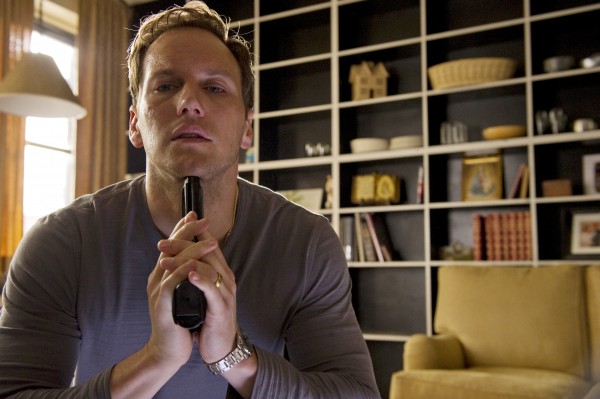 Deadline learned that Sundance Selects, the studio that brought us The Art of the Steal and Tiny Furniture, have picked up Cindy Meehl’s documentary Buck, which focuses on the life and career of horse whisperer Buck Brannaman. President of Sundance Selects/IFC Films Jonathan Sehring said “Our entire company has fallen in love with BUCK. Cindy Meehl‘s funny, deeply inspiring and crowd pleasing film about Buck Brannaman has ignited the passion of audiences in Park City and we’re confident the rest of the country will feel the same”. This is an understandable reason to pick up the feature, considering many people (though not me) love horses. There’s some guaranteed money in this investment.

Deadline also reveals that The Ledge, a thriller starring Charlie Hunnam, Liv Tyler, Terrence Howard and Patrick Wilson, has been picked up by IFC. Hunnam plays a hotel manager about to kill himself by jumping off a ledge after being mentally toyed with by Wilson’s character, who is being talked down by a detective played by Howard. Our own Dan Mecca saw this at the festival recently, and it would be a gracious understatement to say that he didn’t care for it. IFC apparently disagrees, as their President Jonathan Sehring was quoted as saying: “THE LEDGE is a well crafted and morally complex thriller that will really get people talking”. Guess you were wrong, Dan!

What do you think of these deals, and do either films interest you?