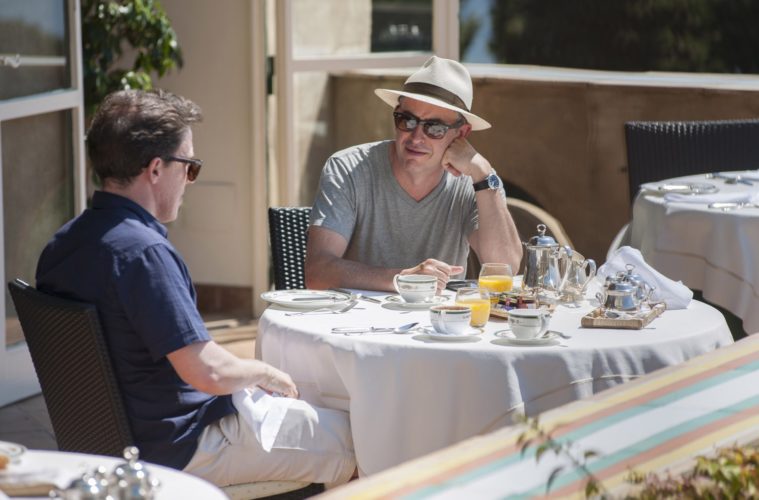 Sundance: Clips from ‘The Trip to Italy’ and ‘A Most Wanted Man’ Trickle In While our Sundance coverage diligently brings you reviews of all the latest films that have made their way to Park City, herein does there lie the opportunity to get just a small taste of what’s making waves. Two of the festival’s most-anticipated selections are now available for previewing, with clips from Michael Winterbottom‘s The Trip to Italy (a sequel to 2011’s appreciably plotless comedy) and Anton Corbijn‘s A Most Wanted Man (somewhat conversely, an adaptation of the plot-drenched John le Carré) — one featuring a confrontation over someone’s rights through international borders, the other a parody of actor’s voices in The Dark Knight Rises. Can you guess which belongs to which?

Although one expects something a bit more “substantial” (quotes denote an admission that this is, yes, a very broad term) from the spy thriller, the other, no more than a display of two British men eating pasta and riffing, is far more fulfilling a glimpse — though we did, still, enjoy what Philip Seymour Hoffman, Rachel McAdams, Willem Dafoe et al. are up to in their own effort. Our review, though reserved, calls it “engaging,” and the footage at hand is a fine display for both the star and Corbijn. As for The Trip to Italy? If it’s just that for 100 minutes, we’ll be set, and our upcoming, positive review yields some promise on that count.

Here’s a clip from the Winterbottom picture:

And here’s a clip for Corbijn‘s latest effort:

Which film are you anticipating the most? Do these clips do anything to stoke your excitement?